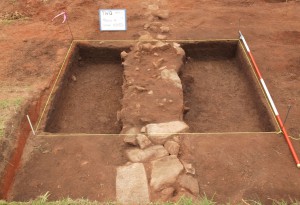 The Western Australian (WA) penal colony, initiated in 1850 and lasting until the mid-1870s, has typically been examined as the end product of a larger pan-Australian process of convict transportation. As such, WA convictism has been viewed as essentially the same as that enacted in the eastern Australian penal colonies, but on a much smaller scale, and crucially, as unimportant within the greater story of Australian convictism. This view has been exacerbated by a concerted effort in WA itself to erase the convict period from colonial memory. In comparison with New South Wales (NSW) and Tasmania (Tas.), there has been very little archaeological or historical research conducted into the WA penal system. Consequently, we know very little about the operation of the system, the lives of the convicts within it and the impact it had on the development of WA. This view that WA convictism was basically the same as that in the eastern Australian colonies is problematic because the system existed within a penal paradigm that was fundamentally different to the one which inspired the settling of NSW 60 years earlier. In 1850 British transportation occurred within a legislative and ideological framework that was focused on reform and incarceration, rather than the simple removal of unwanted criminals. Transportation was no longer considered an effective punishment and the practice was only continued by the British government to advance specific strategic interests and operated within a global administrative and legislative framework applied equally in different penal colonies. Modelling of this global framework demonstrates that the form and operation of the WA system had as much in common with contemporary penal colonies in Bermuda and Gibraltar, as with earlier systems in NSW and Tas.

Physically, WA convictism was designed to meet both the needs of the British penal system and those of the colony. Fremantle Prison, the central hub of the network, operated under the same legislation as any other British prison and was intended for the reform, control and punishment of newly arrived and recalcitrant convicts. However the ‘ticketof- leave’ system, a limited form of parole, was extensively used outside the prison to mobilise convict labour, and ticket-of-leave men were dispersed throughout a network of eight regional convict depots and subsidiary work stations. Archaeological and historical investigation of three convict depots, at York, Toodyay and Guildford, demonstrate that, away from Fremantle, traditional penal concerns of security, control and reform were low priority. Instead, these places were designed to allow settlers to have access to convict labour and to reinforce traditional British class hierarchies. Convicts granted a ticket-of-leave were not subject to processes of reform, had economic freedom and, crucially, the capacity to enact personal agency to improve their own lives. The archaeological record suggests that convicts supplemented the standard penal diet by hunting, sought to improve their daily lives in other ways by the open consumption of alcohol, tobacco and patent medicines, and maintained political and ethnic identity through their use of material culture.

Recording and analysis of the built environment and spatial layout of regional depots suggests that they were also used to reinforce traditional class hierarchies. Convicts were transported to WA in part to form a colonial working class, and were at the bottom of the colonial hierarchy, below other members of the Convict Establishment, including soldiers and civilian administrators. The physical form of convict depots, while built to a standard design, also provides evidence of class barriers and conflict between different groups. The Royal Engineers responsible for building the depots used the limited legislative power available to them to undermine the power and influence of the civilian Superintendents in charge and to advance their own position and prestige. This research suggests that convictism in WA operated as two parallel and complementary systems that allowed the needs of both the British government and the WA colony to be met. This dual convict system was largely successful, allowing geographical, economic and population expansion, and tying the colony into global administrative and trade networks.