The politics of the past 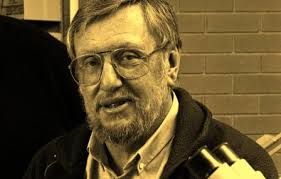 . . .  some old things are lovely, warm still with the life of forgotten men who made them. D.H. Lawrence, Pansies.

The first archaeological aphorism I encountered as a student was that archaeology produces neither bombs nor butter. This proposition was put forward in print on at least two occasions by Gordon Childe (1955:240, 1956:127), an Australian born scholar who became the most influential archaeologist in Britain in the first half of this century. In Australia Childe was, and still is, recognised as a leftwing intellectual who was prominent in the World War I anti-conscription movement; as the man who became private secretary to the first Labor premier of New South Wales; and as the author of How Labour Governs, a critical history of the Australian labour movement up to 1921. In attempting to demonstrate that leaders of working class movements will inevitably become corrupted by success within a state parliamentary system (Gathercole 1976:5; Trigger 1980:34), Childe also revealed a disillusionment with modern day Australia which led him to prehistoric Europe (Allen 1967, 1979, 1981).