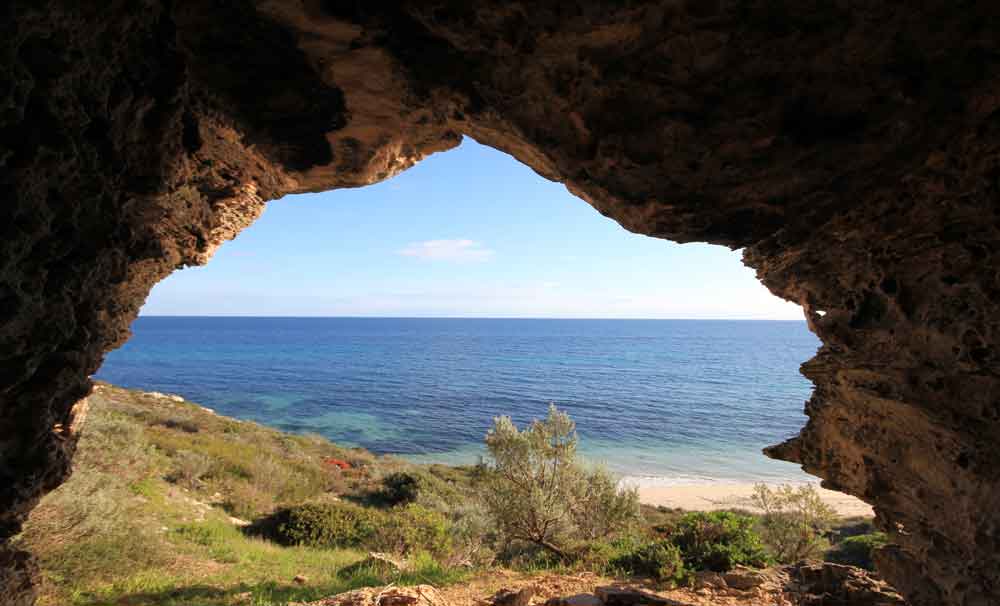 The view from inside a cave overlooking the location of the Vergulde Draeck shipwreck (image courtesy of Bob Sheppard).

Department of Archaeology, School of Humanities, The University of Western Australia, BA(Hons), November 2013

Following the shipwreck of the Vergulde Draeck near the Western Australian coast in 1656, at least 75 Dutch survivors reached the shore. Seven sailed in a small ship’s boat to Batavia (Jakarta) for help, leaving 68 behind. This is the first recorded large-scale European occupation of the Australian mainland. There is no historical record of their fate, which has become one of Australia’s most enduring maritime mysteries. By utilising an archaeological methodology to examine reported material culture located on the coast adjacent to the wreck, and which is potentially associated with the survivors, this thesis determines that, in some cases, the material is related to the Dutch. Future investigations based on these findings will provide archaeologists with an opportunity to determine the survivors’ fates.

Sheppard, R.
The Evidence of the Dutch Occupation of the Western Australian Coast Following the Vergulde Draeck (1656) Shipwreck
December 2014
79
Thesis Abstracts
You must be a member to download the attachment ( Login / Sign up )

EVENT CALENDAR 7 May 2021
No Events
view all