The Broadbeach Aboriginal Burial Ground: An Analysis of Social Behaviour and Identity 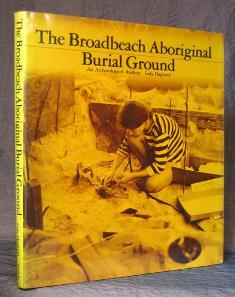 This thesis is a re-evaluation of the Broadbeach Aboriginal burial ground (from AD 750–AD 1900), the main aim being to distinguish patterns of social behaviour and identity previously unknown. To achieve this, several facets of mortuary behaviour were examined: age; sex/gender; rank; and belief systems. Analysis of the data looked at numerous aspects of mortuary behaviour including the presence or absence of mortuary material such as red pigment, charcoal, shell, animal bone and stones; the position of the body; sex; age; and treatment of the body. Analysis of the site in conjunction with ethnohistory of the region showed variability in mortuary ritual and methods of disposal reflecting aspects of societal attitudes. The differential treatment of individuals observed at the Broadbeach burial site appears to be based on age; sex/gender; rank; and belief systems. Analysis of material remains found at the site indicates that children as young as five years of age were potentially economic agents; similarly identified with adults; or that their family members held status within the community. Differential treatment was also seen between men and women, namely in the location of the burial; numbers of males and females interred; burial type; burial stage; and distribution of artefacts, however, a lack of evidence prevented further interpretation of gender aspects. In line with the ethnography of Queensland, the Broadbeach site shows evidence that belief systems such as sorcery played a significant role in influencing methods of disposal. Although the mortuary evidence analysed at Broadbeach only represents a small portion of mortuary behaviour practiced within the region, the significance of funerary practices at this site is the combination of factors such as age; sex/gender; rank; and belief systems and their corresponding influence on methods of disposal.