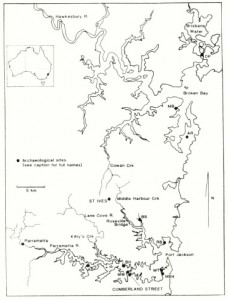 Locations mentioned in the text (published in Australian Archaeology 34:3).