Seeing slums through rose-coloured glasses: The Mountain Street Site, Sydney and its limitations in the search for vanished slum communities 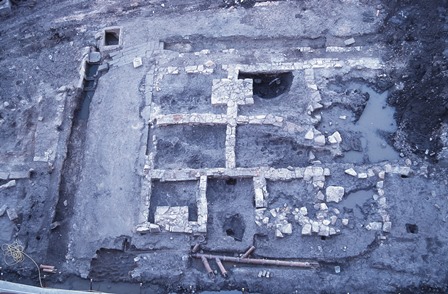 In recent years there has been a tendency in some quarters to use the archaeological record uncritically to argue for a level of comfort and disposable wealth in nineteenth century Australian slums that rarely, if ever, existed there. The Mountain Street excavation, in what was once the Blackwattle Creek slum but which is now the fashionable inner-Sydney suburb of Ultimo, has demonstrated that site formation processes can seriously distort our perceptions of nineteenth century slum life. It demonstrated that even on sites where site formation processes could be expected to exaggerate the levels of poverty, the appalling living conditions and deprivation in these places were actually understated in the archaeological record. Thus, although some general observations could be made about the ways in which people lived in the area in the nineteenth century, the excavation data also demonstrated that ‘slum’ excavations should only be used with extreme caution in the so-called ‘slum debate’, which is presently occupying some sections of the Australian archaeological community.

Image caption: View of Numbers1-7 Howard street after completion of excavation (published in Australian Archaeology 63:6).
Andrew Sneddon
Seeing slums through rose-coloured glasses: The Mountain Street Site, Sydney and its limitations in the search for vanished slum communities
December 2006
63
1–8
Article
You must be a member to download the attachment ( Login / Sign up )