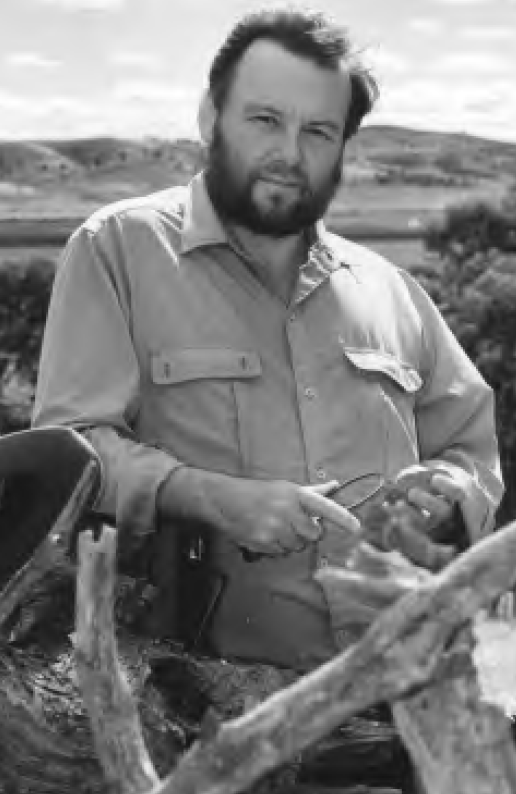 On Friday, 11th April the late Emeritus Professor Rhys Maengwyn Jones was appointed an Officer in the General Division of the Order of Australia. The award was received by his wife, Dr Betty Meehan at a ceremony at Government House, Canberra. Professor Jones was invested with this award ‘for service to archaeology, particularly in the areas of research and teaching, and as a leader in matters relating to world heritage, conservation and indigenous social justice issues’.

Rhys Jones was born in Wales on 26 February, 1941. He died in Canberra, Australia, on 19 September, 2001. In 1963, at the age of 22 he joined Sydney University as a Teaching Fellow. In 1969 he accepted a position as a Research Fellow at the Australian National University, where he held a personal Chair in Archaeology from 1993. He was a visionary, both in terms of the directions that archaeological research might take and the development of the discipline as a whole. He took a global perspective on these issues and had an outstanding intellectual grasp of the problems facing world archaeology as well as a clear understanding of what still needs to be done. He was a prolific researcher and, at the time of writing, 18 months after his death, he has around six papers still in press. His research and views shaped both the development and current form of Australian archaeology.

A renaissance scholar who published in both the arts and sciences, his research had a profound impact on the discipline of archaeology in three principal ways. He was in the vanguard of archaeologists in the 1960s who found value in the archaeological study and excavation of Australia, rather than overseas; he was among the first archaeologists to appreciate the importance of ethnographic field studies to an understanding archaeological data and was a pioneer in the integration of archaeology and ethnography; he has been closely involved with the development of an interdisciplinary approach and scientific techniques in archaeology, especially in regards to the dating of rock art. His outstanding ability as a teacher is reflected in the fact that several of his ex-students are now professors, including the current Professors of Archaeology at the Faculties, Australian National University, and the University of Western Australia. His standing with the Aboriginal people with whom he worked can be gauged by the Aboriginal Honours which were bestowed on him. He was invited to attend Kunapippi ceremonies in Arnhem Land in 1972 (twice) and 1986. In addition, he was co-recipient of Rom ceremonial regalia in 1982. He was assigned to the Wamut Malk and is affiliated with the Galamagondidja Baparru by the Gidjingarli people, Arnhem Land.

Rhys Jones held both elected and appointed positions in professional societies. He became an elected member of the Australian Institute of Aboriginal Studies in 1966, at the age of 25, and was elected to the Australian Academy of the Humanities in 1982. In 1976 he was invited to present the Institute’s inaugural Wentworth Lecture. In 1987 he was made a Fellow of the Society of Antiquaries of London (FSA) and in 1992 the Royal National Eisteddfod of Wales elected him to the Gorsedd (Gwisg Wen). He was President of the Australian Archaeological Association from 1977-79 and Vice-President of the Australian Academy of the Humanities from 1986-87. He was an invited speaker at the Royal Society and the Academy of Science, London, on regular occasions. From September, 1995 to June, 1996 he was invited Professor in Australian Studies at Harvard University, USA.

Rhys Jones was a public intellectual who has been a leader in the discussion of world heritage, conservation and Aboriginal social justice issues. His views helped shape the Australian public’s appreciation of both our past and our present. His work at Kutakina cave in Tasmania, for example, was fundamental to the nomination and subsequent listing of this area of the Franklin river on the World Heritage List. He had a deep knowledge of Australia’s Indigenous heritage and the rare ability to engender enthusiasm for this subject in both students and members of the general public. As such, he made major contributions to the quality of Australian society through enhancing a broad community understanding of Indigenous cultures.