Review of ‘The Languages of Archaeology: Dialogue, Narrative and Writing’ 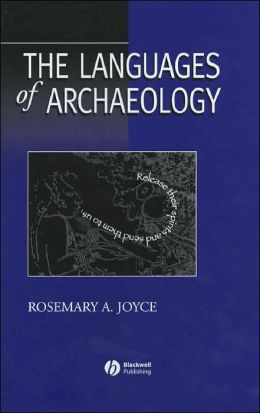 In order to explore this process Joyce uses the work of Mikhail Bakhtin and his analyses of the construction of human language and dialogue. Bakhtin’s main theoretical point is that the construction of scientific knowledge and writing produces a singular form of knowledge. Bakhtin’s dialogic model is a complex model of communication and meaning, where a whole society of speakers and listeners create knowledge through evaluating, criticising, confirming, contesting and reflecting on dialogues. However when these multi-voiced dialogues are put on paper to create scientific texts, these processes are often reduced to one authoritative voice, and the dialogic construction of the knowledge is lost.

Central to Bakhtin’s dialogic model are the concepts of heteroglossia and polyphony or multivocality. Heteroglossia refers to the multiple speech types present in any single language such as dialects, the languages of generations, authorities, and sub-cultures, and scientific jargon. Multivocality refers to the attempt by speakers of one of these types to engage the speakers of the others across the stratification of language. Joyce states that the recognition of archaeology’s heteroglossia and the attempt to make it more multivocal has been discussed previously by post-processualist archaeologists. The reflexive process of including and privileging Indigenous voices in archaeological languages, which is also an important part of making archaeology more multivocal, has been explored recently by researchers here in Australia (see Roberts 2003). Joyce claims that her book is able to show archaeologists how to make archaeological language more multivocal and recover the multitude of stories which create archaeological knowledge, by using Bakhtin’s analysis of dialogues, narratives, and texts.

The book is divided in to seven chapters and includes the contributions of Robert W. Preucel, Jeanne Lopiparo, Carolyn Guyer and Michael Joyce. At the core of most of the chapters are papers previously presented at various conferences, a factor that contributes to the lack of flow between chapters. In an attempt to move away from a formal scientific text towards a multivocal archaeological language Joyce employs different narrative devices in some of the chapters, such as using a collection of email correspondence with Preucel in Chapter Two and an almost conversational story about the oral examination of her PhD student, Lopiparo in Chapter Three.

In the final chapters Joyce attempts to suggest how archaeologists can recapture the dialogic process during the experience of constructing archaeological knowledge and make archaeological language more multivocal. It is interesting to note that the examples used are all web sites or hypertexts. There are less examples of how archaeologists can produce a multivocal archaeological language through the traditional forms of printed text. Joyce returns to Bakhtin’s belief that human relations are best exemplified through story telling and therefore the novel is the best form of text which can be employed in order to express human reality. Joyce argues that while a mix of stories, narratives, dialogues and traditional archaeological language can be linked together quite easily on a web site, it may be more difficult to achieve in printed text form. It seems that Joyce is suggesting that the future of archaeological reporting and discussion is through interactive web sites and CD Roms.

The Languages of Archaeology is an interesting and engaging text, although it employs a lot of the archaeological heteroglossia which it is criticising. The book presents and suggests ways in which archaeologists can critically examine the narratives they have produced before they attempt to write an authoritative text on their interpretation of the past. It will be an important addition to post-processualist references. Whether or not archaeologists will throw away their textbooks and journals and use hyper-linked web sites to present their findings from now on remains to be seen.

Griffin, D.
Review of ‘The Languages of Archaeology: Dialogue, Narrative and Writing’
2003
56
60
Book Reviews
Download
You must be a member to download the attachment ( Login / Sign up )