Review of ‘The Bone Readers’ by Claudio Tuniz, Richard Gillespie and Cheryl Jones 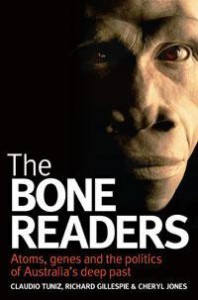 I wish this book had not been written. Since at least the invention of radiocarbon dating in the 1940s and 1950s, archaeology has had close relationships with the work of physics, chemistry, zoology, botany, geology and other natural sciences. Many of the relationships between scholars in these different disciplines have been not only close, but collaborative, constructive and, above all, respectful. This book ignores that respect and seems to advocate that archaeologists just get in the way of doing good science. Just supposing that there was any merit in that argument, there can be no constructive way ahead by presenting that supposed conflict in this way. In some areas, scientists from those disciplines would benefit from closer, collaborative relations with archaeologists, and this book will make that more difficult. I am pretty sure that many archaeologists will be reluctant to work with these two physicists and chemists in future, given that they risk vilification in print. Further, the book begins with a representation of the sincerely held beliefs of Aboriginal Traditional Owners at LakeMungo which is patronising and dismissive. I would not be surprised if they take offence at the characterisation in this book that is not shared by all those concerned with the Aboriginal past.

The sad thing is that there are some real issues here: how do we reconcile the different views about the past represented by modern Aboriginal peoples’ worldviews and those of archaeologists; how do we deal with the apparent conflicts between results from archaeological excavation and the results presented by physicists, chemists or geneticists; how should archaeology proceed in a world in which some merit has been achieved by post-modern approaches; how does archaeology deal with the appearance that molecular biological approaches can offer the appearance of a convincing tale of the process of colonisation and of demographic histories without recourse to archaeological evidence at all? All of these questions are in the background in this book, but none is addressed directly in any depth (although there is a substantial literature on most of them), except to claim that all that is needed is to leave it to people who call themselves ‘scientists’. I was left with a very strong feeling that we should beware of those who claim as their authority that they are scientists and others (in this case archaeologists) are not. Such false dichotomies will get us nowhere. In this book, too often the qualification to be recognised as a ‘scientist’ is just agreement with the authors and, to reinforce the claimed dichotomy, some archaeologists escape being labelled at all because the authors do not disagree with them. Whatever happened to theory, hypothesis, evidence and argument as the foundations of science?

Finally, this book is surely unusual in quoting adverse comments on grant proposals by three different assessors. These people called the writers ‘neo-colonialist’ and ‘arrogant’, said that they treated ‘archaeologists with contempt’ and implied that their ‘scientific objectivity’ needed to be ‘clearly seen’. The book’s attitude to Aboriginal beliefs certainly justifies the first claim, the constant assertion of superiority to archaeologists justifies the second two, and all of the one-sided discussion of dating of Australian archaeology justifies the final point. To paraphrase Oscar Wilde: to have one adverse judgment confirmed may be regarded as a misfortune; to have two confirmed looks like carelessness; three begins to look as if the critics are right. Note to publishers: beware of ‘scientists’ aggrieved because not all reviewers think as highly of their work as they do themselves.

How sad that these authors, well qualified to show how their work clarifies the debates through well reasoned argument, should emulate those they have argued with and descend into the very ‘posturing, emotive rhetoric and personal abuse’ (p.59) they accuse others of.

To end on a positive note: those chapters which are not principally about dating methods are noticeably less polemical and are more balanced. But then they are not directly concerned with ‘the politics of Australia’s deep past’ either.

Iain Davidson
Review of ‘The Bone Readers’ by Claudio Tuniz, Richard Gillespie, Cheryl Jones
December 2009
69
77-78
Book Reviews
You must be a member to download the attachment ( Login / Sign up )