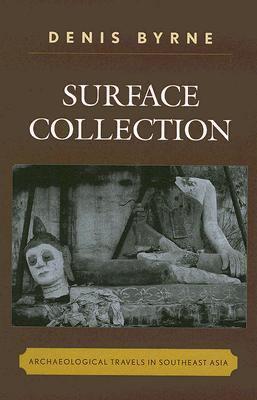 For archaeologists engaged in thinking about the processes and purposes of archaeology, this original and thoughtful book should be required reading. It is both a discursive travelogue and a careful analysis of what can be seen on the surface and what an archaeologist has to dig for, both literally and figuratively. The author raises questions about events that have been deliberately hidden, and events that appear to have been deliberately forgotten, but which have left archaeological traces despite local wishes for them to disappear.

The occasions for these ruminations are varied projects in Southeast Asia that the author experienced in the course of being involved in archaeological heritage conservation. The Preface is required reading for setting the chapters into the context of archaeology. Bryne explains his notion of an underground of the psyche, as well as the literal underground where archaeologists dig. He compares the surface and the underground, and their various interactions in different settings and times. He brings an archaeological habit of viewing the surface with the intent of trying to understand what might be under the ground to thinking about contemporary Southeast Asian lives and what might be invisible or barely visible on the surface, but still impacting people’s lives.

Each of the eight chapters of the book makes comparisons between the surface and the underground in different but complementary ways. Byrnes’ travels in pursuit of archaeological heritage have taken him from the Philippines to Bali, via Thailand and Vietnam. I have been to all these countries, although not to the specific locations he describes. He is a keen observer of the present, as well as traces of the past, which gives this book both edge and charm.

To provide a flavour of the book without trying to discuss all its revelations, I will summarise a bit about the underground and surface of Bali, from two of the chapters. This is not the Bali of tourist brochures, but a Bali with pasts that intrude on the present in potentially sinister ways. One chapter recounts the search for evidence of a large eruption in March 1963 of Mt Agung, the large, central volcano of Bali on the slopes of which an important temple exists. The eruption was so large, and spread its ash so far, that it was covered by National Geographic. The eruption was particularly devastating because a rare ceremony called Ekadasa Rudra, which takes place approximately once in a century, was in progress at the temple of Besakih on the upper slopes of the volcano when the eruption occurred, in spite of prior rumblings from Gunung Agang and official warnings. Some of the participants were killed, and whole villages disappeared under the wet hot ash and rock that cascaded down the mountain. Yet surface traces of the disaster were elusive when Bryne went looking for them some 30 years later. Only the tops of huge rocks, now surrounded by rice fields, and remnants of an old road marked by collapsed bridges suggested the previous site of a village whose devastation had been captured in a National Geographic photograph. Villages were rebuilt, and people lived their lives as if the eruption had not occurred. Apparently the event had been deliberately forgotten by the villagers old enough to remember. But the rebuilt temple was not forgotten. A footnote reveals that the Balinese were able to resist an attempt by Indonesia to nominate Besakih for World Heritage status, because the nomination considered the temple to be an object, not a being.

The other series of events, detailed in Chapter 4, took place in Bali in 1965–1966. It was more human and more sinister than a volcanic eruption, but equally devastating to people, villages, and the built environment. This was the rounding up and killing of many people suspected of siding with the rivals of the new Indonesian government of the time. Eventually Bryne learned that one of the first luxury hotels built on Bali was constructed over the site of a mass grave – an example of a deliberate attempt to force villagers to forget. Whole villages were burned to the ground, the men killed and the women and children taken elsewhere. While no traces of the destroyed villages were visible, Byrne went looking for traces of a destroyed raja’s palace. It, too, was elusive.

This is a complex book. Objects and features are traced in intriguing ways – the scent of Shalimar, destroyed Buddhist statues, the famous rice terraces of northern Luzon in the Philippines, the road in Vietnam that carried most of the Australian and New Zealand troops who went there to fight an impossible war. Relics of that war still exist. Byrne questions why a historic Spanish fort should be restored as a conservation of Philippine heritage, when more significant events occurred at that location more recently. While such events may seem more relevant to historical archaeologists than to prehistory, there is much in the way these tales are told to cause archaeologists of all stripes to think about their work in new ways. The relationship between what can be seen on the surface and what is ‘underground’ in Byrne’s sense is embedded in the tales of archaeological traces of the past in Southeast Asia, as well as being occasionally foregrounded by the author.

On the one hand this is travel writing, so well-written you will think you have been there. But much more important to archaeologists is Byrne’s search for a ‘signature of loss in the landscape’ (p.59). In ‘thinking about deterioration, decay, abandonment, and ruin in relation to built heritage,’ (p.59) this book offers many new ways to consider archaeological sites.

Sarah Milledge Nelson
Review of 'Surface Collection: Archaeological Travels in Southeast Asia' by Denis Byrne
June 2010
70
77-78
Book Reviews
You must be a member to download the attachment ( Login / Sign up )