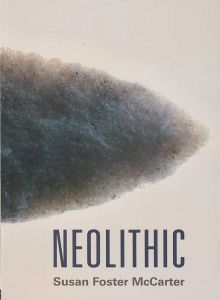 I imagine that Australian archaeologists flip through a new book on early farming to see what it says about Melanesia. They will be disappointed in the case of Susan McCarter’s Neolithic. The region is ignored in the review of the world’s natural hearths of farming and left off the map of them completely. Rather, evidence is cherry-picked from the literature in support of general points, mainly from the regions of Southwest Asia and also Europe, with others used less often. The reader should not expect an up-to-date summary of recent research. McCarter’s book is intended as an introduction to Neolithic cultures and the world of first farming, and it does contain much useful material. There are quite authoritative sections on biological evolution, and the processes of plant and animal domestication, and there is a nicely balanced treatment of past theoretical approaches to early agriculture.

Perhaps because the pitch is intentionally general, the reader can expect to encounter generalised appeals to authority, such as ‘what most archaeologists think’ and ‘what they all believe’, for example, ‘Neolithic bowls held the same things as what they do now’ (p.6), and ‘In all known societies people work hard to make a living, love their families, worry about the health …’ (p.6). Therefore, the book is not positioned well as a university text. It is pitched at a reasonable level for secondary school students, but I think it will still struggle even to attract support in that arena. Mimicking the web-screen, school texts nowadays are packed with colourful, overlapping frames which jostle for attention, whereas Neolithic is illustrated by black-and-white ink sketches reminiscent of a 1950s production. The illustrations, like the text, are determinedly generic. They include images of unnamed mounds, ruined houses, mud-brick houses, thatched houses, the wooden frames of houses, mice, cats, dogs and men leading camels. Most arresting is the tableau of a grey wolf standing protectively over a tiny Yorkshire terrier, complete with a bow tied around its forehead (p.18). Such a combination of elements lends the work a distinct air of quaintness. Likewise, the glossary includes basic terms such as ‘gender’, ‘grain’, ‘taming’, ‘tool’ and ‘war’, while ignoring some fairly unusual features such as the food plants ‘black gram’ and ‘green gram’.

In some places the author lacks authority over the material she employs. There is frequent reference made to the Jōmon culture of Japan with its precocious pottery and edge-ground axes. Claiming that pottery in Japan occurred 8000 years before anywhere else (p.103), the author ignores the even older late Pleistocene ceramic traditions of Siberia and China, from which the Jōmon tradition may have emerged (neither is consideration given to Greater Australia in terms of the prior antiquity of edge-grinding). There is an appendix defining the geographical regions of the world, which is also a little misleading. The Levant is not a separate region to Southwest Asia, but a subregion of it; neither should it be excluded from a definition of the Mediterranean borderlands. Only a single archaeological site is placed on a map in the entire book. This comes in the form of a large star denoting Abu Hureyra in Syria, placed on an otherwise empty map of Southwest Asia.

Given that the book foregrounds the term ‘Neolithic’ in its single-worded title (lacking the usual clarifications after the colon), I would have expected it to pay a little more attention to the development of the concept. Mention is made of Lubbock’s original definition based on the advent of edge-grinding technology, and there is a further brief description of how the term became extended to denote farming people in general, but no discussion of the contradiction inherent in this latter use. It is unconvincing to see the Mississippian-period inhabitants of the Southeast United States described as a ‘Neolithic’ people (p.8), without further elaboration.

It is notable that Routledge released Neolithic in the same year as its more authoritative text on early food production (Denham and White 2007). Neolithic will not serve as an advanced text, but it would prepare the general reader for tackling the more complex papers to be found in its more sophisticated 2007 stable-mate from Routledge, edited by Denham and White.

Phillip C. Edwards
Review of ‘Neolithic’ by Susan Foster McCarter
June 2008
66
68-69
Book Reviews
You must be a member to download the attachment ( Login / Sign up )