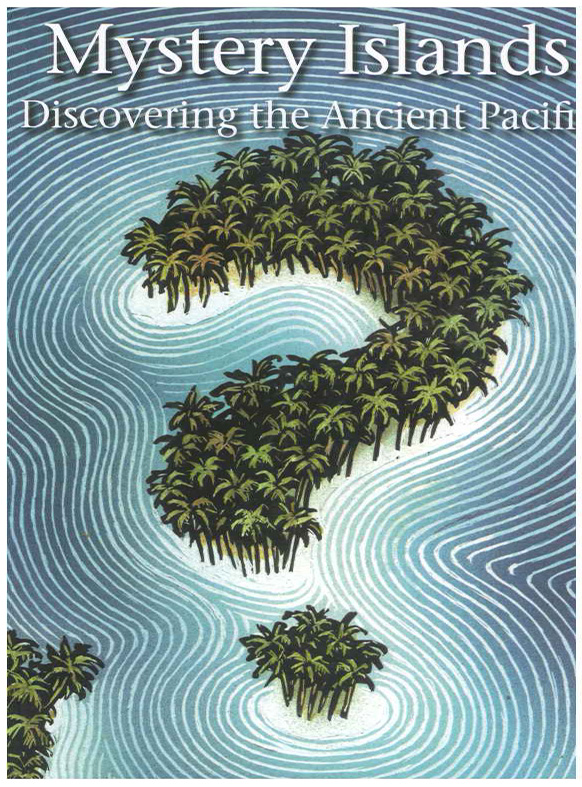 This is not a book for Pacific specialists and so it is quite a challenge for one of them to review it. Indeed, the audience is a bit unclear, particularly given its publication by a university press in Fiji. I can imagine it being placed on reading lists for interested first year geography or history students, say, at the University of the South Pacific—it is certainly more up-to-date than much of their current class materials on archaeology in the region. But it doesn’t seem to be addressed to Pacific Islanders per se. The author is a travel and science writer and the book mixes both—I would have thought distinct—genres. Given Koppel’s own travel experiences, I would plump for an intended audience of interested Canadian and American ‘yachties’.

That said, the interest of such general or ‘popular’ works to Pacific archaeologists is perhaps twofold. Firstly, it is always interesting to see what the wider public out there understand about our findings, and what we have so far failed to convey about them. Secondly, we should be producing more works aimed at various audiences in the region, including Indigenous, visitor and non-Indigenous residents; and we don’t do enough of this. Could a specialist have written such a book as this? Probably not. We are hopefully more conscious of the limits of our knowledge than to take on the overly-ambitious range of issues covered in this book, and our continual cautious hedging of bets on issues would tend to bore the reader.

I was impressed by a generally very knowledgeable coverage of sometimes arcane archaeological issues in the text, including long and short chronologies for Polynesia, recent debates on contacts with the Americas, arguments about how useful modern canoe replicas are in judging prehistoric voyaging capabilities and navigation techniques, as a few examples. These debates are covered in a readable and informed manner that any archaeologist attempting to reach a general audience can learn from. Of course, coverage of issues we would see as key is uneven. Koppel misses almost entirely the significance of the Kuk Swamp data for New Guinea as an early and independent centre of agriculture, implicated in the movement of major crops west into Island Southeast Asia at an early date, as well as the source for those carried eastwards out into the Pacific. His knowledge of what is happening in Melanesian archaeology in general, as opposed to Fiji, Polynesia and parts of Micronesia, is minimal, despite Lapita being a focus. Much could have been made of the extinction of large vertebrates in Vanuatu, New Caledonia and Fiji with the arrival of humans into the region, to flesh out the picture of bird extinctions in places that do get some coverage, such as Hawaii and New Zealand. But also much could have been made of the adjustments the early settlers in the entire region made after an initial phase of massive environmental impact following initial colonisation. Seeing what they had done, people of necessity developed methods of soil conservation, reef protection, and intensive but sustainable agriculture on many of the islands.

The style is uneven, slipping as I noted between travel and science writing. This is not helped by a series of colour photographs which are largely just holiday snaps of little or no relevance to the main topics being discussed. A single, truncated map on the inside does not even include New Zealand, and doesn’t do justice to the text. On occasion the author, clearly here in travel writer mode, gives way too much credence to the ‘traditional’ knowledge purveyed by smallbusiness tourist operators as representing something deep and meaningful about the pre-contact era in the Pacific; the science writer’s necessary scepticism should have been alerted on such occasions.

Much of the final 100 pages, apart from the discussion of possible contacts between Polynesia and the Americas, could have been omitted. Attempts to prove that the average Pacific Islander would have had a truly miserable existence under their brutal chiefs, completely omit any useful comparisons, except a vague reference to medieval serfs in Europe. While the chapter can only help modern Westerners feel superior, this bubble could very usefully have been pricked by noting that life in many places that the complacent readers may have come from was undemocratic, dangerous, brutish, nasty and short until not very long ago. If we look at many of the trouble spots of the world it remains so today. Can one describe European history until well into the twentieth century without suggesting endemic warfare was a major cause of grief almost everywhere? It is presented here as entirely a Pacific problem.

The sections on European contact, where archaeological evidence is suddenly jettisoned as having no interest or contribution, are particularly weak. There is a massive underplaying of the facts of military conquest and savagely repressed revolt on island after island; the overthrow of Hawaii’s independence by American business interests aided by US Marines doesn’t even merit a mention. Indeed, one has to be slightly irked by how easy the Americans get off in general in relation to their colonial adventures compared to some other colonial powers, notably the Japanese and French. The author is of course of US origin and knows his most likely audience is probably not going to want to be reminded of their own dark past!

All that said, there is some very good popular science writing here about Pacific archaeology. If the author had remained focused on that topic and left out the travelogue and embarrassingly naive and ethnocentric judgments on Pacific ways of life, this would have become a very impressive project. To me, the book shows that a good science writer could put together a better up-to-date summary of the state-of-the-art in Pacific archaeology than a practising archaeologist; but we still await that science writer.

Spriggs, M.
Review of ‘Mystery Islands: Discovering the Ancient Pacific’ by Tom Koppel
June 2014
78
124-125
Book Reviews
Download
You must be a member to download the attachment ( Login / Sign up )