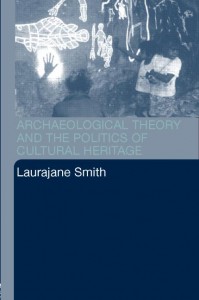 This book purports to be about archaeology and cultural resource management (CRM) in Australia and the United States, but it is really only about archaeology. The introduction frames Smith’s argument – which seems to be that through CRM-as-expression-of-processual-positivism, archaeologists have provided government with a tool for the oppression of Indigenous people. Chapter 2, ‘The Cultural Politics of Identity’, elaborates on this theme based on the history of archaeological/Indigenous relations over the last 40 years. Chapter 3, titled ‘Archaeological Theory and the ‘Politics’ of the Past’, asks whether ‘contemporary archaeological theory (can) make sense of what archaeology ‘does’ within the context of CRM?’ (p.33). Smith doesn’t tell us why this question is worth asking and I for one haven’t a clue! The chapter is largely given over to a critique of processualism, and a milder one of post-processualism, offering the unremarkable observation that both ‘explain the construction of archaeological knowledge and discourse with little or no reference to influences external to the academy’ (p.56).

Ironically, Chapter 4, ‘Archaeology and the Context of Governance’, offers ‘state theory’ as a remedy to this deficiency, but goes on to discuss abstract notions of governance with practically no reference itself to anything ‘external to the academy’. As an archaeologist who has spent the last 40+ years in ‘the context of governance’, I would have liked to have seen some attempt to connect with the real world.

Chapter 5, ‘Archaeological Stewardship’, casts a jaundiced eye on the claims of archaeologists to be ‘stewards’ of archaeological resources, as these claims have informed the development of CRM since the 1970s. Chapter 6, on ‘Significance Concepts and the Embedding of Processual Discourse in Cultural Resource Management’, explains how archaeologists have tended to value sites on the basis of their research potential, and suggests that by doing so they have seized a position of dominance in CRM. Chapter 7, ‘The Role of Legislation in the Governance of Material Culture in America [sic: the United States] and Australia’, discusses the development of the archaeological parts of United States and Australian heritage legislation. The last two chapters before a short conclusion are case studies – Kennewick Man in the United States, Franklin Dam and related cases in Australia.

Throughout the book, Smith castigates archaeologists for failing to respect and include interests in the past other than those derived from the positivist scientific tradition. Unfortunately, Smith’s treatise exemplifies the narrow-mindedness she deplores. Smith criticises archaeology for being ‘overly self-referential’, but her book is a perfect example of self-reference. Consider, for example, how Smith defines CRM. On page 1 she states it means ‘the process and procedures, often underpinned by public policy and legislation, used to protect, preserve and/or conserve cultural heritage items, sites, places and monuments’. Then, she defines it as ‘the processes, informed by public policy and heritage legislation, that manage and protect Indigenous cultural heritage, and in doing so, construct and define relations between archaeologists, Indigenous interests and government’ (p.9). CRM is again later defined as ‘the process concerned with the management of material or tangible cultural heritage’ (p.195). These are pretty fair expressions of what archaeologists in the southwestern United States, who more or less coined the term in the 1970s, took (and generally still take) CRM to mean. However, would any non-archaeologist define it this way? Are ‘cultural resources’ really only tangible things? Are they really ever tangible things? Is a dance form not a cultural resource? A song, a story, a traditional belief? What about a community’s feeling of identity, and an individual’s feeling of membership in a culture? What about religion?

But, you protest, Smith is an archaeologist writing for other archaeologists. Why should she not conceptualise CRM as other archaeologists do? I see that there are three reasons. First, Smith’s distaste for the influence of scientific positivism on CRM would make no sense if she didn’t believe that other points of view, other realities, should have access to and roles to play in the enterprise of CRM. By failing to even consider broader-than-archaeological definitions of the term, she displays as narrow an understanding of the field as do those she criticises. Second, by viewing CRM through an archaeological lens, Smith fails to acknowledge the roles played by innumerable other interests – for instance those of taxpayers, property owners, practitioners of non-archaeological heritage professions, government agencies (except as neocolonial stereotypes) and local (non-Indigenous) communities. This results in a portrait of CRM that is very incomplete and hence misleading. Third, the appropriation of CRM by archaeologists in the United States has caused government operations, notably environmental impact assessment (EIA), to effectively ignore those portions of the cultural universe that don’t happen to be archaeological sites. This is rather a problem for people who practice and value non-tangible aspects of culture – presumably the kinds of people whose perspectives Smith would like to see CRM accommodate. But Smith, like the archaeologists who invented CRM, doesn’t seem to relate well either to living cultures or to government operations. It is indicative that she manages only two brief references to EIA despite its absolute centrality to CRM and the opportunities it offers to involve and respect the non-archaeological interests Smith says CRM ought to engage.

To Smith, CRM is all about archaeology – Indigenous archaeology, that is. Smith never acknowledges the existence of the historical archaeology of non-Indigenous populations, any more than she does such companion CRM disciplines as architectural history, historical architecture, and history. She also gives strangely short shrift to the government agencies that actually do CRM or cause it to be done. They are alluded to, but only as shadowy abstractions somewhere in the background, manipulating archaeologists and being manipulated by the deus ex machina of ‘archaeological theory’. Nor do the regulated industries and private development interests that mostly finance CRM play much of a role in Smith’s worldview, and she seems uninterested in the effects of the field’s increasing domination by profit-making consulting firms. To Smith, the character of the CRM enterprise, and its ills, result from the dominance of processual archaeology in the 1980s when the field was developing. Processualists are portrayed as allowing, or making, archaeology become a ‘technology of government’ at the expense of Indigenous interests. The world of politics and bureaucracy within which CRM actually exists is of as little relevance to Smith as it is to the unengaged archaeologists she criticises. And the possibility that government might have some reason for its use of ‘technologies’ like archaeology other than the colonialist oppression of Indigenous populations appears foreign to her.

This book is very much a study by, for, and about academic archaeology, and it describes a CRM that I at least don’t recognise. Perhaps it’s an accurate portrayal of how things are in Australia, but its image of the United States is a fantasy. Indicative of this fantastical quality is that in Smith’s discussion of CRM in the United States, Smith devotes only about two pages of badly outdated description to the National Historic Preservation Act 1966 (NHPA) – the primary driver of the whole enterprise. She gives much more attention to the Native American Graves Protection and Repatriation Act 1990 (NAGPRA), including a chapter-long discussion of the Kennewick Man case. This is an interesting and fairly accurate discussion, but rather marginal to the overall practice and challenges of CRM in the United States.

And yet, one of the most maddening things about this book is that on some very basic points I think Smith is right, and she expresses some useful notions, albeit buried in convoluted prose. The implicit dominance of positivism among archaeologists in the 1970s and thereafter (whether processualists or culture historians) did help put archaeology on a collision course with the rising tide of Indigenous awareness and demand for respect. Archaeological ‘science’ is widely assumed in government to represent truth, in contrast with Indigenous ‘myth’. Archaeologists dominate the CRM enterprise, and do impose their worldviews on its practice, to the detriment of all others. Notions of the preeminence of ‘scientific’ thinking are embedded in government policies and procedures, biasing decision-making against Indigenous values. Indigenous interests and values are now gaining broadened political understanding and acceptance, however, and many archaeologists are struggling to deal with their relatively diminished authority. These are real issues, which – among many others – could benefit from serious exploration. Unfortunately, Smith doesn’t provide it in this book.

Smith’s failure to connect with the world beyond the academy also deprives her of some analytical opportunities. For example, United States National Park Service’s insistence that all Tribal Historic Preservation Officers who receive its grant support maintain archaeologists on staff is an expression of archaeology’s dominance of governmental thinking in CRM, but it has created a context in which archaeologists are learning to respect tribal views and values, and tribes are coming to understand and appropriate archaeology. This sort of thing is apparently unknown to Smith; aside from a few approving (and entirely merited) references to the work of Larry Zimmerman, she seems unaware that archaeologists in the United States are even working with Indigenous communities, much less for them.

I could go on and on, but let me end with a more technical quibble. As I worked my way through Smith’s book, I kept thinking, with apologies to Lerner, Lowe and Henry Higgins, ‘Why didn’t the processualists teach their children how to write?’ A minor irritant is Smith’s consistent use of the word ‘subsequently’ when she means ‘consequently’, but more generally, her style is turgid, pedantic, and impenetrable – which seems strange in someone who argues for inclusiveness.

Thomas F. King
Review of ‘Archaeological Theory and the Politics of Cultural Heritage’ by Laurajane Smith
June 2008
66
77-78
Book Reviews
You must be a member to download the attachment ( Login / Sign up )