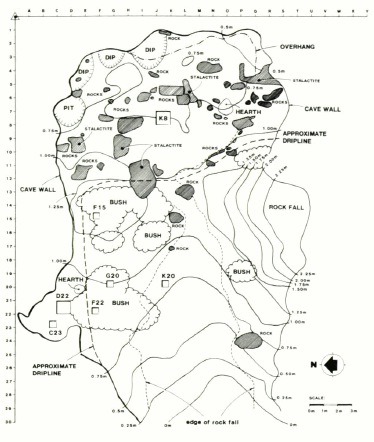 The 38,000 year old Upper Swan site in southwestern Western Australia contains the most ancient evidence for human occupation found in southern Australia (Pearce and Barbetti 1981). Devils Lair, a site between Capes Leeuwin and Naturaliste in the extreme southwest, has deposits of similar antiquity (Dortch 1984). However, despite valuable work at this and a handful of other sites between the capes, an area I will also call the far southwest, little is known of early patterns of human activity or subsequent cultural developments in the Leeuwin-Naturaliste area as a whole. This report outlines the preliminary results of a project which intended to help redress this situation through systematic fieldwork in the Margaret River area, just north of Devils Lair.

Lilley, I.
Recent research in southwestern Western Australia: A summary of initial findings
June 1993
36
34–41
Article
You must be a member to download the attachment ( Login / Sign up )