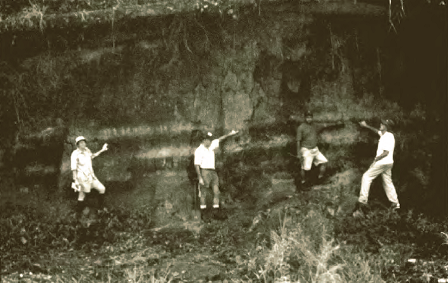 Holocene volcanic activity has created a well-preserved stratigraphic series of prehistoric landscapes in West New Britain, PNG which have enabled the interpretation of changing patterns of land use (e.g. Specht et al. 1991; Pavlides 1993; Torrence et al. in press). Recent fieldwork on Numundo Plantation has extended this remarkable record to include five superimposed Pleistocene surfaces each sealed beneath a volcanic tephra. This older landscape was heavily eroded leaving several small hills as remnants. Holocene tephras are draped uncomformably over the older dissected landscape. Four localities provide an opportunity for studying variations in human behaviour over a relatively large area and expand on the restricted viewpoints from rockshelters and test-pits on open sites.