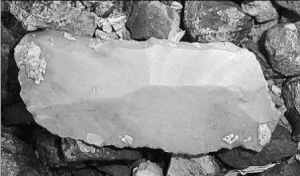 In this paper I address the question of the presence or otherwise of elongated parallel-sided blades in Australian stone artefact industries. I begin with a set of data from European sites which shows that such blades are indeed characteristic of later phases of European prehistory, but not exclusively so. I then show that by these criteria, there are blades in Australia too, recorded both ethnographically and archaeologically. I then argue that blades in the European Upper Palaeolithic show some characteristic properties which can be related to the use of indirect percussion as the technique of production. This technique seems to be absent from Australia. Following discussion of the relevance of the appearance of blades in making judgements about the history of modern humans, I conclude, as Peter White did in 1977, that Eurocentric models are not relevant.

Davidson, I.
‘Part and parcel’ – blade industries and modern human behaviour
2003
57
54–63
Article
You must be a member to download the attachment ( Login / Sign up )