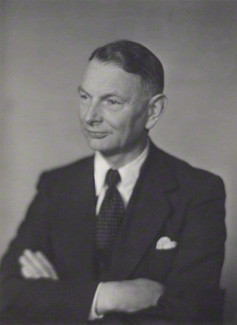 Whenever prehistorians gather to evaluate or decry Cambridge connections in the archaeological history of their African, Asian or Australasian regions, there is a high probability that Grahame Clark’s name is invoked. Professor Sir Grahame Clark, CBE, FBA, is arguably one of this century’s most influential prehistorians. Indeed, he was one of the first and most consistent users of the term ‘prehistory’, while the label ‘Mesolithic’ was popularised by him. While Gordon Childe may claim a more profound European significance, Clark’s global role may prove more durable.

Grahame Clark profoundly influenced my career so this also is a personal tribute. Before we ever met, while a Melbourne student between 1947 and 1950, I became immersed in his innovative research. His writings on prehistoric economy were then at the cutting-edge of new techniques of comprehending the past. They utilised conventional sources and combined them with data drawn from history, folklore and ethnography; his prose was lucid and his maps uncluttered and clear. Compare the scape and thematic presentation of his popular Batsford Prehistoric England (1940) with traditional accounts and note the intellectual difference. His use of sources intrigued me as a trainee historian. The 1954 Star Carr report, for instance, contains the memorable index reference ‘fishing: lack of evidence for, 16’. This negative evidence was incorporated into his case for establishing seasonal occupation.

My Master’s thesis examined the evidence for reconstructing the British economy at the time of Roman occupation, and Clark’s work convinced me that Cambridge was my Mecca. Arriving there in October 1951 where I received a frosty reception from the long-anticipated master; farewelling him two years later, he observed that the fact that my degree was only a Second Class, did not matter as I was only returning to Australia! Yet I survived my colonial downgrading to value his advice and assistance, to rent his home for a year, and as a friend, to visit him in 1992 to celebrate his knighthood and to talk with him last in May 1995.

J.G.D. Clark was fortunate in his time and place. He had few rivals in those early days and, single minded above all else, he seized opportunities to order a directionless discipline. His career was tied uniquely to Peterhouse—undergraduate 1927, research student 1930, Bye Fellow 1933, Fellow 1950, Master 1973–80. Meanwhile he was a university lecturer from 1935 and held the Disney Chair 1952–74. His two definitive books, The Mesolithic Age in Britain (1932) and The Mesolithic Settlement of Northern Europe (1936), coincided with his partnership with Harry Godwin on the Fenland Research Committee, which combined archaeology, stratigraphy and typology with palynology and environmental reconstruction. This provided the insights which later produced Prehistoric Europe: The Economic Basis (1952) and Star Carr (1954).

Clark was only 28 when he plotted the takeover by ‘young Turks’ of the moribund and eolith-fixated Prehistoric Society of East Anglia. With Gordon Childe installed as the first President of the renamed Prehistoric Society in 1935, Clark edited its Proceedings until 1970. It was as editor that his links with Australia were forged. Donald Thornson’s visit to Cambridge during 1938–39 coincided with Clark’s completion of Archaeology and Society (1939), a truly innovative work in archaeological theory and interpretation. Given Clark’s current interests it is hardly surprising that he solicited an article from Thomson for the 1939 PPS. The result was the now celebrated ‘seasonal factor in human culture illustrated from the life of a contemporary nomadic group’, published a quarter of a century before the Man the Hunter conference made it fashionable. While Thomson rightly merits credit for this influential exposition of how two archaeological ‘cultures’ on Cape York were no such thing in reality; so also does Clark’s imaginative editorial decision.

When Clark visited Melbourne in 1964, with my assistance he coaxed Thomson into writing an account for PPS 1964, of issues relevant to archaeologists raised by his so-called Bindibu expedition. It had been at Clark’s suggestion and considerable encouragement, also, that I wrote the survey paper, the ‘Stone Age of Australia’ (Clark’s title), for PPS 1961. Then my 1965 Kenniff Cave report was solicited by him and published with many illustrations. This was a period when publication of lengthy material was difficult in Australia. Until that time I had published in the Proceedings of the Royal Society of Victoria, which imposed space restrictions and limited plate numbers. My experience was shared with others in our region, including Wilfred Shawcross and Peter Bellwood, who benefited from Clark’s editorial support. It must be conceded that until the 1970s Clark was rare amongst British archaeologists in demonstrating an interest in Australasia. It was not unjustified triumphalism, therefore, for Clark to claim in his Prehistory at Cambridge and Beyond (1989, p.56), that PPS ‘helped young prehistorians to obtain rapid publication of their results from as far afield as Africa and Australasia’.

Cambridge academic imperialism was the theme of Cambridge and Beyond, but Clark never expounded it better than in his 1954 Disney Professor inaugural lecture. As Clark strewed imaginary dots on a global map of the Cambridge diaspora, Jack Golson became the anonymous ‘New Zealand’ representative, Gale Sieveking figured as ‘Malaya’, while I was Australia’s token ‘man’—virtual proconsuls all.

Clark took the opportunity in 1964 to inspect the imperial outposts and was duly impressed. Accompanied by his caring wife, Mollie, Grahame visited their son in New Zealand, while duly inspecting sites. Jack Golson so arranged their complex Australian tour that Cambridge came to the bush. Their itinerary included the Sydney region; a visit to Isabel McBryde at the University of New England; Norman Tindale guided them to the Centre; while I chauffeured them from Melbourne to Devon Downs and Fromm’s Landing. It was there that I photographed Grahame holding his notebook, the errors in his enthusiastic section in Prehistoric Societies (1965), when amongst others, Wombah midden understandably became Wombat.

Grahame and Mollie returned within little more than a year, arriving in Canberra via the Philippines, bearing beautiful archaeological ceramics presented to them upon excavation by their hosts, who owned the relevant archaeological site. They remained a permanent feature in the Clark’s home, together with a Leonard French artwork obtained when they visited the artist’s Melbourne studio, driven there by my wife, Jean. French’s creation provided the picture on their next Christmas card.

In his Prehistoric Europe: The Economic Task (1952), Clark had used A.W. Howitt’s reference to the Mt William stone quarry as an ethnographic analogy. Australia featured in its own right in a brief passage in the first edition of World Prehistory (1961), but it occupied increasingly larger sections in the two subsequent editions of this pioneering global attempt to portray the past (1969, 1977).

Grahame Clark was an austere scholar and a stern and outspoken critic (especially of those whose education lacked the Cambridge connection). An unpopular figure amongst most colleagues, however, the recognition of his achievements was marked, amongst other developments, by the fact that Gordon Childe chose him as the executor of his papers; Lew Binford and other New Archaeologists praised the innovation in his Star Carr research; the Erasmus Prize from Holland (1990) reflected his European status, while his knighthood in 1992 was belated recognition at home.

In perspective, the consistent growth in his vision of the past is remarkable and made the inclusion of Australasia within his purview inevitable. His scholarship during the thirties shifted from Mesolithic Britain to the European Mesolithic. His interests broadened during the forties to include European economic prehistory as a whole, together with a philosophical dimension exemplified by Archaeology and Society (1939, 1947).

Grahame Clark was an intriguing personality of contrasts. Students remember his strident right-wing political views on many subjects and his denunciation of other archaeologists on many occasions; yet he wrote From Savagery to Civilization (1946), in a Marxist text series edited by Gordon Childe and Benjamin Farrington. Both the title and the theme reflected the evolutionary views of Lewis Henry Morgan, a luminary figure in the Marxist pantheon.

He previously had adopted a revolutionary stance towards traditional Western educational values, no less remarkable. While on RAF service in wartime Britain, he anticipated the theme of UNESCO’s universalist approach to nations. Writing in Antiquity in 1943, Clark asserted that

… to the peoples of the world generally, the peoples who willy nilly must in future cooperate and build or fall out and destroy, I venture to think that Paleolithic Man has more meaning than the Greeks.

From those then outrageous sentiments to his outline of World Prehistory, and other books written during his closing years, there was a logical and fervent progression to expound the cultural differences yet the basic spiritual unity of humankind Those of us Antipodean who struggled to get a hearing on the world stage for the prehistory of this region are deeply indebted to Clark, both as editor and propagandist.