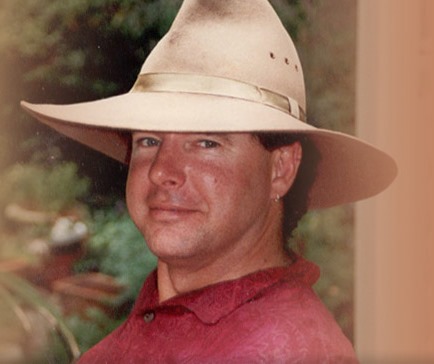 Bruce Veitch passed away in Perth on 10 March 2005 after a short battle with motor neurone disease. Bruce was married to archaeologist Fiona Hook and had a young son Conall. Bruce was a co-director of the cultural heritage company Archae-Aus Pty Ltd with Fiona.

Bruce has made a major impact on the practice and ethics of archaeological work in Western Australia. From his pioneering work on the Mitchell Plateau for his doctorate, to his collaborative cultural heritage work with Fiona in the Pilbara and elsewhere, he was known for his energy, persistence and honesty. He mobilised and published consultancy work, collaborated closely with the traditional owners whose sites he was working on and worked strategically with major industry players—such as Hamersley/Rio and BHP—as well as colleagues in the Department of Indigenous Affairs and in the archaeological profession. Bruce was committed to mentoring graduates and was endlessly supportive and generous with his time, skills and knowledge. This obituary tracks some of Bruce’s more significant achievements through time.

Bruce completed his BA(Hons) at the University of New England in 1985, examining ethnohistorical sources and archaeological imprints of the pre-contact exploitation of bracken fern. In his later postgraduate life for his doctorate he carried out ethno-archaeological survey and excavation programs on the Mitchell Plateau of the very remote north-west Kimberley coast of Western Australia. His analysis of rockshelter deposits and mounded middens, in particular, generated discourses about the likely prime movers for economic and demographic change being embedded in either social process or changing environmental landscapes. The work of Dr Harry Lourandos was pivotal in these analyses and debates. Part of his PhD research specifically focussed on a technological analysis of flaked stone from three rockshelters from the Mitchell Plateau (Ngurini, Wundalal and Bangorono). As stated by Bruce, the object of the exercise was to: (a) identify the time when points were first produced; (b) identify and quantify the nature of change associated with the appearance of points both on the Mitchell Plateau and in northern Australia; and, (c) identify changes in lithic procurement strategies, and by inference, changes in relative levels of logistic and residential mobility from the time points appeared both on the Mitchell Plateau and in northern Australia. The other major contribution of his thesis involved the analysis of three large shell mounds on the Mitchell Plateau (Goala, Wundadjingangnari and Idayu). Here Bruce challenged prevailing models relating Anadara shell mound formation in northern Australia to environmental change, instead linking the appearance of Anadara and Tapes to regional population growth, reduced mobility, a broadening of the resource base and wider structural changes in Aboriginal territorial arrangements. Bruce was awarded his PhD from UWA in 2000.

Most of Bruce’s cultural heritage and collaborative research work over the last decade was in the Pilbara region—where mitigation projects included recovering and dating stone arrangements, linear middens and rockshelter habitation sites (see major publications below). Bruce was always field-active (a cruel irony given his disabling condition during the last 6 months of his life). In 1982 he participated in excavations with Professor Graham Connah at Bagots Hill historic site, NSW, and with Professor Mike Morwood at the Rocky Scrub Creek site, in south-east Queensland. In 1984 he participated in surveys with Dr Luke Godwin within the Apsley Gorge of northwest NSW and then with Dr Dan Gillespie and Ms Hillary Sullivan on the rock art assemblages of Kakadu National Park. In 1985 he acted as an excavation supervisor (with Prof. Graham Connah and A/Prof. Judy Birmingham) for a joint University of Sydney and University and New England project at Regentville, NSW. During the next year his field efforts accelerated and Bruce spent a month with Dr Moya Smith engaged in anthropological study of Bardi fishing technology at Cape Levique, WA, and with myself (Peter Veth) for three months carrying out the first field season of archaeological survey and excavation in the Great and Little Sandy Deserts of Western Australia.

By 1987 Bruce was establishing the base for his doctoral research on the Mitchell Plateau, negotiating with Wunambal people at Mowanjum (near Derby) and Kalumburu. Enrolled in a doctorate at UWA Bruce subsequently carried out 8 months of Mitchell Plateau fieldwork; funded by AIATSIS. During the following years, while working (usually part-time) on his PhD, Bruce tutored at UWA (1989), carried out surveys for the Northern Territory Museum and Art Gallery (1990), worked as a Heritage Assessment Officer for the Department of Aboriginal Sites (1992) and then as Manager of the Port Hedland Department of Aboriginal Sites Office (1993). Bruce self-employed consulting career began in earnest between 1993–1994.

Between 1993 and 1996 Bruce worked as a Senior Archaeologist for the company Anthropos Australia Pty Ltd engaging in studies in the southern Lake Eyre region, the Little Sandy Desert, the WA Goldfields and on the arid north-west coastline near Onslow.

In 1997 he established the company Archae-Aus Pty Ltd with Fiona Hook and Gavin Jackson. As their Senior Archaeologist, he worked in the WA Goldfields, Western Desert, the Pilbara uplands, the Burrup Peninsula, northwest Queensland and arid South Australia. In 1998 he completed his first native title report—destined for eventual litigation—for an area of the WA Goldfields and in 1999 was the Expert Witness for the Karajarri Native Title Claim for the Kimberly Land Council. This claim saw native title awarded by the Federal Court in 2004 He was also the Expert Witness for the Wanjina/Wunggurr-Wilinggin Native Title Claim, again for the Kimberly Land Council, which was successfully determined in 2004.

In 2003 Bruce oversaw the archaeological salvage/excavation programme of the Stone Arrangements Relocation and Dating Program for BHP Billiton Iron Ore, Marditja Bunjima and the Innawonga, Bunjima Nyapialri Aboriginal Communities. This ambitious project saw the survey, excavation and dating with relevant traditional owners (via hundreds of OSL dates) of stone arrangements scheduled for impact. In 2004, when already ill, Bruce participated in the Indigenous, maritime and historical archaeological field reconnaissance, of Barrow Island with colleagues from both the company, the WA Maritime Museum and UWA.

What is patently clear from this précis is that Bruce was engaged in an extraordinarily broad range of archaeological endeavours across Australia—all of which were carried out closely with custodial and traditional owner support and participation and which were supervised and written up to a satisfactory conclusion. In addition to these productions, and his peer-reviewed papers and chapters (some of which are listed below) Bruce presented some 15 papers on all aspects of his research and consultancy activities at both domestic and international conferences.

Bruce’s dedication to his friends and the profession will make him sorely missed. The loss to his family is immeasurable. As the numerous mourners at his funeral filed past Bruce’s coffin, his iconic and severely battered Akubra placed jauntily at one end, votives—n the form of Western Australian (South-West, Pilbara and Kimberley) shellfish—were symbolically offered, in recognition of a truly admirable person and career.

Veitch, B. 1985 Burning Bracken Fern: A Contribution to the Ecology of the Aborigines of Southeast Australia. Unpublished BA(Hons) thesis, University of New England, Armidale.

Veitch, B. 1994 Hearth stones in the mound: One variable that may aid in the differentiation between shell mounds and megapode incubation nests. In M. Sullivan, S. Brockwell and A. Webb (eds), Archaeology in the North: Proceedings of the 1993 Australian Archaeological Association Conference, pp.167–175. Darwin: North Australia Research Unit.

Veitch, B. 1999a Shell middens on the Mitchell Plateau: A reflection of a wider phenomenon? In J. Hall and I. J. McNiven (eds) Australian Coastal Archaeology, pp.51–64. Canberra: ANH Publications, Department of Archaeology and Natural History, Research School of Pacific and Asian Studies, The Australian National University.

Veitch, B 1999b What Happened in the Mid Holocene? Archaeological Evidence for Change from the Mitchell Plateau, Northwest Kimberley, Western Australia. Unpublished PhD thesis, Centre for Archaeology, Department of Anthropology, University of Western Australia, Crawley.

Veitch, B. 2002 Aspects of the use and fire management of bracken fern (Pteridium esculentum). In D. Georghui (ed.), Fire in Archaeology: Papers from a Session held at the European Association of Archaeologists, Sixth Annual Meeting in Lisbon 2000, pp.45–54. BAR International Series 1089. Oxford: Archaeopress.

Veitch, B., F. Hook and E. Bradshaw 2005 A note on radiocarbon dates from the Paraburdoo, Mount Brockman and Yandicoogina areas of the Hamersley Plateau, Pilbara, Western Australia. Australian Archaeology 60:58–61.