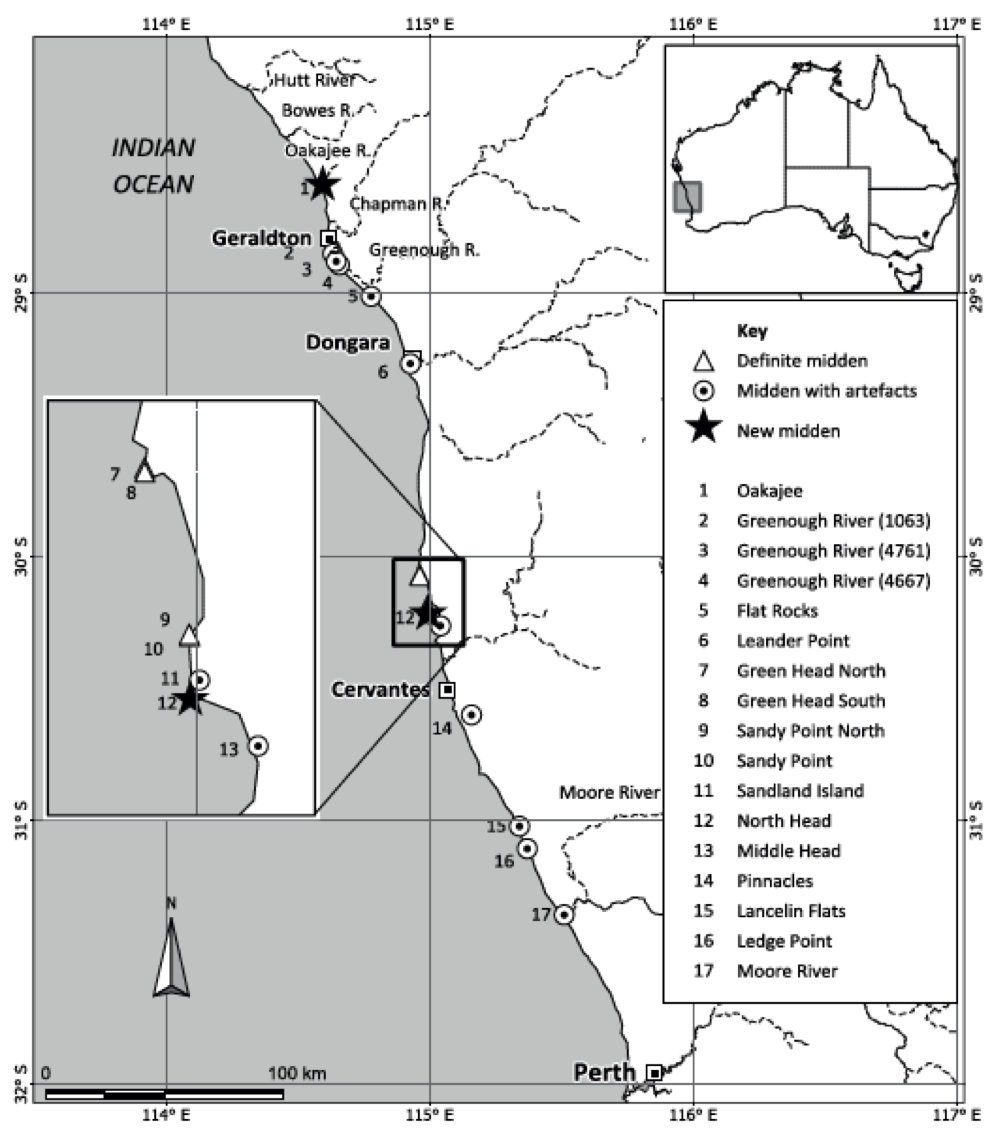 This paper presents the results of investigations of two newly recorded sites: the Oakajee midden north of Geraldton, and the North Head midden near Jurien Bay, both in Western Australia (WA). The Oakajee midden is situated in a dune complex containing open artefact concentrations and other archaeological sites. The North Head midden is eroding from a shallow dune atop a limestone cliff overlooking a wavecut rock platform. These middens contribute to the sparse data on mid- to late Holocene marine resource exploitation along the WA coastline. The results of radiocarbon analyses show that midden deposition ceased ca 3000 cal. BP. We suggest that this change reflects a decline in littoral resource exploitation following the stabilisation of Holocene sea levels, when environmental and geomorphological conditions altered the availability and accessibility of estuarine and littoral molluscs.

Monks, C., B. Sheppard and J. Dortch
Mid-Holocene exploration of marine molluscs in the lower Mid West, Western Australia
June 2015
80
99-103
Short Report
You must be a member to download the attachment ( Login / Sign up )