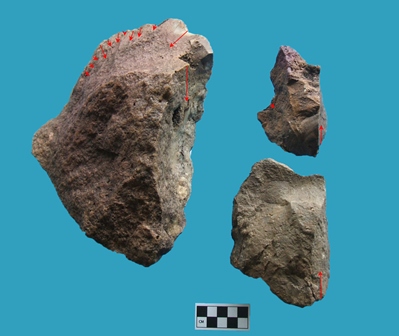 This paper reviews burin blade core reduction methods in Australia, demonstrating that they were used to produce small blades during the mid- to late Holocene, but tended
to be limited to a few discrete geographical regions. We present new evidence from two surface sites in south central Queensland that extend this view. At one of these sites the
burin blade cores have a very broad size range, and include many specimens that are much larger than the norm. Size difference had little bearing on the techniques employed to reduce the cores, but the larger specimens tend to be more weathered. We suggest that this may reflect a technological sequence in the region whereby the use of burin blade core
methods to produce small tools typical of the mid- to late Holocene period was preceded by an earlier application of this technology to produce larger blades.

Cochrane, G.W.G., T. Doelman and M.W. Moore
Large burin blade cores from south central Queensland
Dec 2013
77
20–29
Article
You must be a member to download the attachment ( Login / Sign up )