In the groove: An integrated functional analysis of arid zone millstones from Queensland 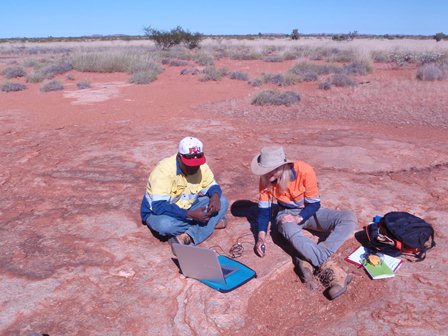 BA(Hons), School of Social Science, The University of Queensland, October 2011

This study addresses the unresolved issue of millstone function within Australian archaeological contexts. A proposed subsistence shift leading to an increased reliance on seeds during the late Holocene currently underpins a number of Australian arid zone settlement and social models. The late Holocene appearance of millstones, which, according to Smith’s (1985) functional grindstone typology, represent a formal, specialised seed-grinding tool, is frequently cited as evidence of this shift. Yet this typological classification is challenged by others who recognise the millstone as a multipurpose grinder whose particular form relates to the end stage of a variable reduction process, rather than specialised function. Due to methodological constraints which include issues relating to grindstone morphology, sample size, ground fragment identification and perceived interpretative weaknesses associated with use-wear and residue analyses generally, millstone function currently remains equivocal.

To resolve these interpretative issues and the disparate views of millstone function, a sampling strategy based on extensive experimental work, portable digital microscopy and innovative biochemical staining, are integrated into recognised use-wear and residue analyses to empirically assess the function of 10 arid zone Holocene millstones from Queensland, Australia. The resulting expanded hierarchy of evidence allows for more informed assessments of past behaviour and has the potential to directly contribute towards the resolution of a number of seminal Australian arid zone debates. Additionally, these developed approaches have broader application for studies of in situ features across a variety of archaeological contexts.

Birgitta Stephenson
In the groove: An integrated functional analysis of arid zone millstones from Queensland
June 2012
74
117
Thesis Abstracts
You must be a member to download the attachment ( Login / Sign up )