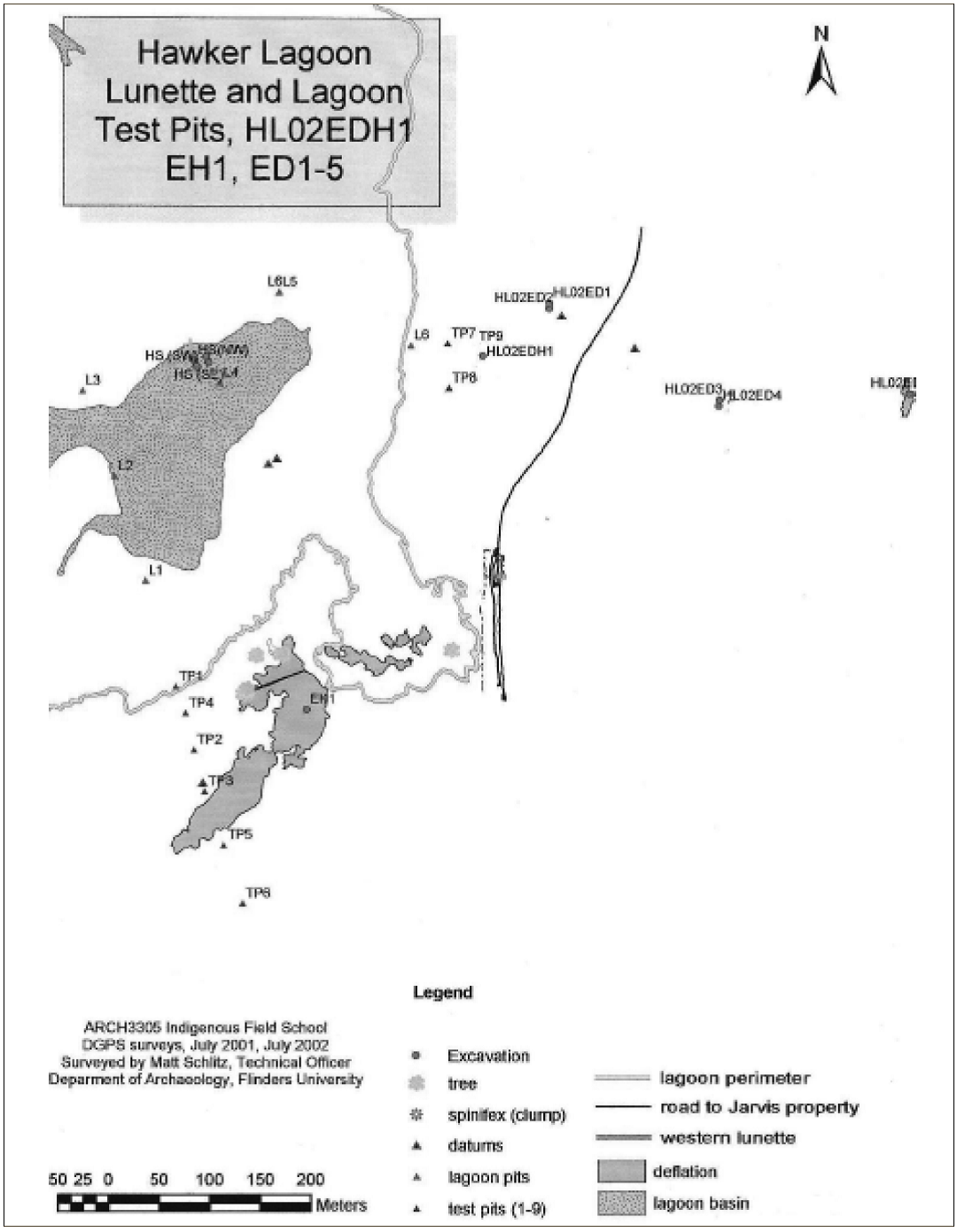 Two Indigenous archaeology field schools were conducted by this author and Pauline Coulthard, an Adnyamathanha elder, during 2001 and 2002 for a total of four weeks. The schools were held at Hawker Lagoon, in the southern Flinders Ranges with participation of students from the Department of Archaeology, Flinders University. The archaeology program continued earlier work undertaken by Ron Lampert in the 1980s at the same site. Excavation revealed a disparity between earlier stratigraphic patterns and dating outcomes. The surface material is subject to significant environmental disturbance. Three surface hearths returned dates ranging from about 1500 to 550 years BP for associated charcoal. The lagoon is discussed within the broader context of occupation, trade and response to the LGM rather than within the narrow context of disturbed archaeological assemblages.

Walshe, K.
Aboriginal occupation at Hawker Lagoon, southern Flinders Ranges, South Australia
2005
60
24–33
Article
You must be a member to download the attachment ( Login / Sign up )