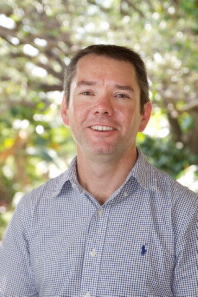 Sean became a member of AAA in 1989, his first year of study at the University of Queensland. He joined the AAA committee in 1995 when he was an Honours student and has continued to support and assist in developing the Association ever since. Sean has made an enormous individual contribution to AAA, and his leadership has encouraged others to initiate and carry out projects that have contributed to a more successful and professional Association. His work has helped to raise the standard of AAA’s profile, presentation and governance. The following are a few of the numerous specific ways in which Sean has contributed to AAA, which were included as support to his nomination:

– Since 1995, he has continuously held executive positions: President, Treasurer, and Queensland Representative;

– He was on the organising committee for AAA conferences at Gatton and Hervey Bay; and session convenor or co-convenor at several conferences; as well as co-editing two conference proceedings volumes;

– As Editor, with Annie Ross, of Australian Archaeology, he was instrumental in AA being awarded an ‘A’ category in the European Reference Index for the Humanities in 2007;

– He instigated production of a DVD with the first 30 years of Australian Archaeology;