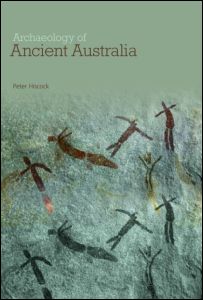 The Archaeology of Ancient Australia

The nominators described this book as being the first wide-ranging overview of problems in Pleistocene and Holocene Australian history for many years. Rather than a bald account of sites and dates, it grapples with the evidence and puts each problem into a coherent, well-argued framework, thus making the book a scholarly, scientific introduction for students and ensuring it will become a starting point for other scholars. Writing from an archaeological perspective, Hiscock argues strongly and cogently, for the need to deal with the archaeological data as free-standing, and the long duree as the basic structure, suitable for the dating methods and accumulative and taphonomic process of most of the Australian record. He doesn’t dismiss ethnography, but recognises its limitations. Stemming from the foregoing, is that Australian history becomes a story of continuous dynamic change and adaptation. Hiscock’s study really shines in the way he views the archaeological record as one which must be seen as partial and incomplete and it is only in understanding the nature of that partiality and incompleteness that we can see beyond it into history. Quellenforschung, the historians call it, source criticism, and it has rarely been better done in archaeology. Through this book we can see where we stand on solid ground, and where the known unknowns lie.