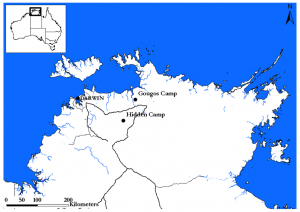 Figure 1 Map showing the location of the two sites within the Top End (from Feakins 2013).

This time last year, the opportunity arose to apply for the Australian Association of Consulting Archaeologists Inc. (AACAI) Student Support Fund, which is made available annually to Honours students across Australia to assist with their research. I applied for the fund and was fortunate enough to be awarded $2500 towards my Honours research.

My research investigated ephemeral bush camps, associated with the buffalo shooting industry, in Kakadu National Park (KNP) in the Northern Territory (NT). This unique industry was prevalent in the area from the late nineteenth century to the mid-twentieth century and involved the work of both Aboriginal and non-Aboriginal men and women.

The broad aim of my thesis was to investigate whether there was a correlation between the iconic ‘bush legend’, as represented in Australia, and the material record at historic sites in the ‘Top End’. A conceptual theoretical framework, influenced by both folklore and historical archaeology, was created to identify patterns in the immaterial and the material which could be correlated to characteristics of the ‘bush legend’. Two historic sites were mapped, both in the vicinity of the South Alligator River, NKP (Figure 1).

The sites dated from the late nineteenth century to the mid-twentieth century, one being a more ephemeral camp while the other relatively more established. They represented the diverse nature of industry throughout this time period, being a conglomerate of economic ventures which have been termed ‘fossicking economies’ (Levitus 1982). 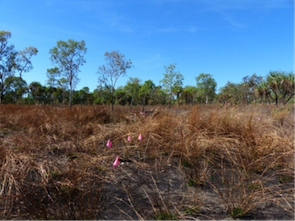 Remote historic bush camps, such as these, are often considered difficult to identify and investigate archaeologically due to their greater ephemerality (Figures 2 and 3). However, my research identified strong patterns in archaeological data, and when combined with the various forms of documentary and oral evidence, these ephemeral camps could be better understood and a deeper understanding about a history that has remained relatively overshadowed by Eurocentric accounts, was able to be uncovered. Combining rich documentary evidence, oral accounts and archaeology showed that men and women of the industry, both Aboriginal and non-Aboriginal, have shaped this exceptional history. The research highlighted that without the involvement of Aboriginal men and women, who have been virtually unrepresented in the history of this area, this unique economy would not have existed. My research has provided a solid foundation for further historic study in the NT, by identifying the archaeological signature of ‘fossicking economies’ (Levitus 1982).

This research formed part of an ARC Linkage project led by Dr Sally Brockwell and Dr Janelle Stevenson of The Australian National University (ANU) and with Parks Australia, as the partner organisation. My Honours supervisor, Dr Annie Clarke, was invited to participate in the project to focus specifically on historical archaeological sites in the park. 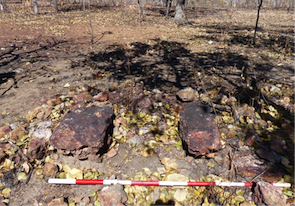 Figure 3 Fireplace in the foreground and stonework at Hidden Camp, facing southwest (from Feakins 2013).

Funding from the AACAI student award allowed me to expand the scope of my Honours research by allowing me to extend my fieldwork by a week, staying in Darwin and covering my accommodation, car hire and general living expenses. During this time I was able to visit the NT Archives, NT Library and the Museum and Art Gallery of the NT, to collect specific historical data. The funding also covered the cost of printing extra copies of my thesis for participants in the study and allowed me to present my research, by covering my expenses at the annual Australian Archaeological Association (AAA) conference in Coffs Harbour in December, 2013. This experience was incredibly valuable as it helped me to build upon my existing research network.

I would like to thank the AACAI student fund which helped me to gain two accolades for my Honours research at the University of Sydney: a First Class Honours with University Medal and the Maureen Byrne Memorial Prize for best thesis. The AACAI award encouraged and enabled me financially to pursue my area of study that I feel so passionate about. I have now been awarded an Australian Postgraduate Award (APA) scholarship and will be studying for my PhD at the ANU, continuing my path of research.

Levitus, R. 1982 Everybody Bin All Day Work. Unpublished report prepared for the Australian National Parks and Wildlife Service on the Social History of the Alligator Rivers Region of the Northern Territory 1869–1973.