On Thursday the Liberal Democrat senator David Leyonhjelm says it is ‘conjecture’ to recognise Aboriginal and Torres Strait Islander people as the first on the continent. To support this statement he commented that “Archaeologists make extraordinary discoveries all the time, and one of those discoveries could be that someone made it to Australia before the Aborigines”. 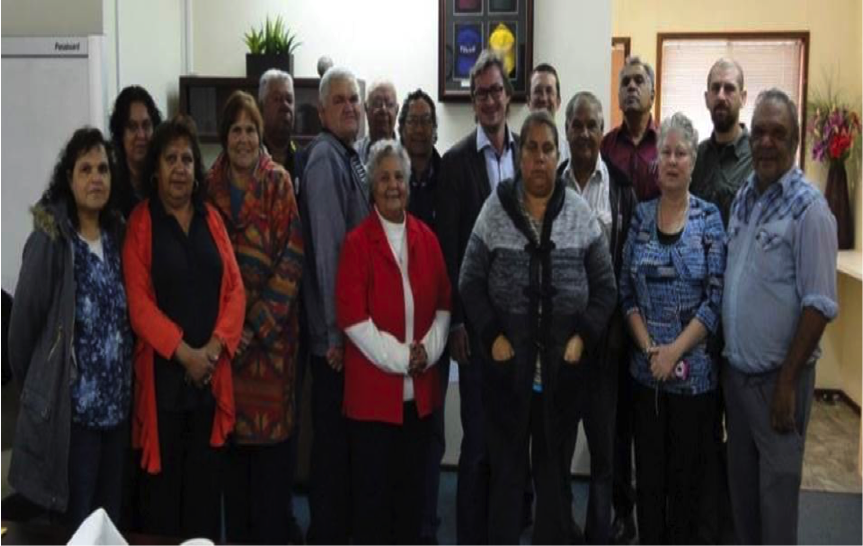 Board members of the Goldfields Land & Sea Council in 2011 having just endorsed genetic research on a human hair sample. The research revealed an Aboriginal lineage spanning more than 2500 generations without significant admixture.

The AAA is the national association of Australian archaeologists, representing researchers with a wide range of expertise in Australia’s 50,000 year human history. Dr Michael Westaway from Griffith University is an archaeologist and a biological anthropologist, who is part of a laboratory group including geneticists, evolutionary biologists and geochronologists who conduct ARC funded research on Aboriginal origins through employing ancient DNA. Dr Westaway states that current archaeological and genetic knowledge from Australia counters the Senators statements:

“Australia’s population history is complex, but from the fossil human record, which includes the very early burials of Mungo Man and Woman some 42,000 years ago, it is clear that there is continuity from the First Australians to the Aboriginal Australians today. This is further supported by the record from Aboriginal genomes. The first Aboriginal full-genome study in 2011 showed an unbroken Aboriginal lineage over 2500 generations, or about 60-75,000 years, the longest continuous lineage outside Africa. Genetic haplotypes unique to this region are seen in living Aboriginal populations today. We are now able to reliably compare these genomes to ancient Aboriginal remains, due largely to the dramatic improvements in the last few years in ancient DNA recovery. Different peoples may have come to Australia at various times, but there is no evidence for population replacement.”

Dr Westaway’s expert summation, supported by the AAA,  “On occasion we see amateur historians and laypeople attempt to question Aboriginal origins, but these hypotheses have not been supported by the peer-reviewed evidence that has accumulated over many  decades. The Senator needs to update his knowledge of the science around Australia’s early population history as his comments are out of step with the ample evidence for the origins of the First Australians”.