Tula adzes and bifacial points on the east coast of Australia 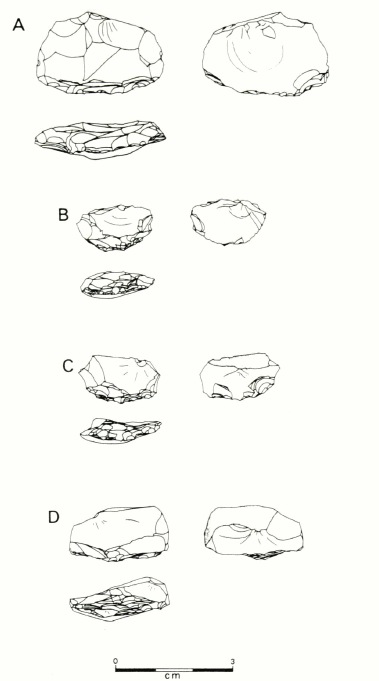 The documentation and explanation of distributions of artefacts are of major concern in prehistoric archaeology. A fundamental component of this concern is the production of distribution maps. In Australia, a strong historical-diffusionist tradition using distribution maps in the interpretation of historical items of Aboriginal material culture flourished in the 1930s (e.g. Davidson 1933, 1934, 1936; McCarthy 1939–40). In contrast, major use of stone artefact distribution maps in Australian archaeology has only occurred in the last two decades following the professional establishment of the discipline in the 1960s and the ensuing accumulation of basic distributional data. During this time, most interest has been focused upon the distribution of backed blades, points, tula adzes and edge-ground axes (e.g. Davidson 1983; Hiscock and Hughes 1980; Morwood and Trezise 1989; Mulvaney 1975; Pearce 1974; Pickering 1990; Smith and Cundy 1985). In a few areas, historical information is available to account for the movement and distribution of these implement types (e.g. points – Davidson 1935; axes – Hiscock 1988a; McBryde 1978, 1984,1986; tulas – Hiscock 1988b; Roth 1904; see also McCarthy 1977; Mulvaney 1976). However, most of these studies involve trade and little detailed attention has been directed towards identifying other processes (e.g. diffusion of ideas, independent invention) which may account for the occurrence of artefact types in other parts of the continent (Davidson and McCarthy 1957; McCarthy 1977; Pearce 1974; Rowland 1987; Smith and Cundy 1985; Walters 1988).

McNiven, I.
Tula adzes and bifacial points on the east coast of Australia
June 1993
36
22–33
Article
You must be a member to download the attachment ( Login / Sign up )