Thesis abstract ‘SS Xantho: Towards a New Perspective: An Integrated Approach to the Maritime Archaeology and Conservation of an Iron Steamship Wreck’

The assessment and excavation of the wreck of the ironhulled SS Xantho (1848–72) has shown that otherwise unobtainable information about both materials and people can be found in the archaeological study of iron and steamship wrecks. 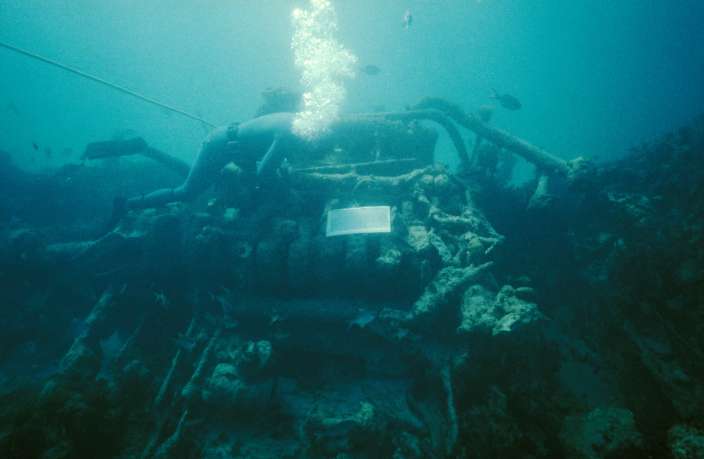 The wreck of the SS Xantho.

One important development has been the initiation of fill predisturbance studies of a shipwreck’s biological and electrochemical properties, giving insights into the condition of the site and its materials of value to both the archaeologist and conservator. Conducted by diving conservation specialists at the request of the archaeologist, this was the first such comprehensive study to be performed on any underwater site. It is now recognised as an essential element in any modem maritime archaeological project.

Site inspection revealed that Xantho was powered by a former Royal Navy gunboat engine, of a type that was evidently the first high pressure, high revolution and mass produced marine engine made. Despite these advances, they were suitable only for use in a naval context. The ship itself was a former paddle-steamer built in the formative years of iron shipbuilding. After 23 years of service it was sold to a scrap metal merchant who joined the hull to the second-hand screw-engine and offered the revamped hybrid for sale.

That the ship appeared on the sparsely populated and poorly serviced Western Australian coast, far from coal supplies and marine engine repair facilities, posed an immediate question; what sort of person would use it in this manner? Thus the Xantho program came to focus on Charles Edward Broadhurst and how he came to make the apparently strange decision to purchase such an odd and apparently unsuitable vessel. Archival study and an excavation of the stem section of the wreck were conducted for these purposes.

The study of Broadhurst was completed in 1990, the subject of the author’s Masters thesis, resurrecting and analysing the entire business career and life of one of Western Australia’s forgotten, but most active and controversial colonial entrepreneurs.

This thesis centres on the excavation of Broadhurst’s ship and describes the recovery of the ship’s engine from a highly-oxygenated salt-water environment. The recovery of the engine was followed by conservation treatment and an archaeologically-based ‘excavation’ of the heavily concreted engine in the laboratory. Begun in 1985 the deconcretion was completed by mid-1995 with the opening up of the last of the internal spaces and the freeing of all working parts in preparation for the engine’s reassembly and exhibition.

The successes of the two ‘excavations’ have confirmed both the place of the conservator on the sea-bed and the archaeologist in the conservation process. In the disassembly of the engine, where nearly two tonnes of concretions were removed, evidence was found of technical significance and of the way Charles Broadhurst, the vessel’s owner, operated the ship.

I also describe commonalities evident in the formation of iron and steamship wreck sites. This enables anomalies noted at the Xantho site to be assessed and quantified against a broader sample, leading to a focus on the behaviour of steamship owners in a frontier environment and the postulation of a number of testable propositions about the material residues of such behaviours.

McCarthy, M.
Thesis abstract 'SS Xantho: Towards a New Perspective: An Integrated Approach to the Maritime Archaeology and Conservation of an Iron Steamship Wreck'
December 1998
47
69–70
Thesis Abstracts
You must be a member to download the attachment ( Login / Sign up )