Review of ‘Visions from the Past: The Archaeology of Australian Aboriginal Art’ by Mike J. Morwood 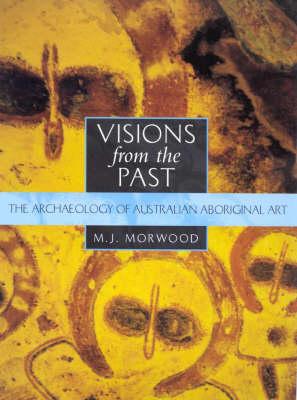 After Robert Layton’s (1992) Australian Rock Art: A New Synthesis, and Josephine Flood’s (1997) Rock Art of the Dreamtime, Morwood’s Visions from the Past is the latest major review of the rock-art of Australia. It is a carefully constructed, well-written and clearly illustrated volume providing valuable insights into the various strands of rock-art research. Its structure leads the reader from a summary of the range of theoretical approaches used within the discipline through to their application in three case-studies in Queensland. The volume is most appropriate for students of rock-art who wish to familiarise themselves with the subject, as well as ‘non-art archaeologists’ looking for a useful overview of the latest developments in Australian rock-art research. Practicing rock-art researchers should already have under their belt most of the information contained within the volume, but would certainly find Morwood’s approaches to large-scale regional rock-art projects (covered in the case studies) both inspiring and impressive.

Chapter 1 is a review of the grand sweep of Austral tan prehistory. Morwood provides an abridged version of current theories concerning the arrival and dispersal of people within Australia and an overview of some of the continent-wide changes identified by archaeologists in the material record. In Chapter 2 the reader is taken on a descriptive ‘tour’ of the rock-art of Australia, which provides a useful broad-brush picture of the spatiotemporal variations that exist across the continent. This chapter culminates in an assessment of the broad-scale regional and chronological sequences that have been devised for the rock-art of Australia, from the ‘early’ and widespread Panaramitee Style through to the ‘later’ more regionalised and heterogeneous Figurative styles. Chapter 3 situates the rock-art of Australia within an international context, contrasting the different ways in which research has progressed in Europe, North and South America, South Africa and India. The chapter then focuses specifically on developments in Australian rock-art in terms of the involvement of particular individuals, theoretical and technological advances, the foundation of the Australian Rock Art Research Association,  legislation and conservation, and Indigenous involvement. This is an extremely important chapter as it highlights the need for rock-art practitioners to remain vigilant about the transforming political landscapes associated with the sites they study.

Chapter 4 touches generally on the wide variety of approaches used to study rock-art in different parts of Australia, and Chapter 5 offers a detailed coverage of both the ‘relative’ and ‘absolute’ methods that have been used to date rock-art. In Chapters 6 and 7 Morwood hones in on two specific approaches to the study of rock-art: subject analysis, which is mainly concerned with the figurative component of rock-art assemblages, and structural analysis, which deals with both figurative and non-figurative elements and their patterning in time and space. These two chapters are important precursors to Morwood’s three case studies, presented in Chapters 8, 9 and 10. Together these case studies capture the breadth of Morwood’s experience in the field, from his employment of ethnographic research to explain some of the patterning in the rock-art of Central Queensland, to his multi-disciplinary explanations for the sequence of transformations in the rock-art of Southeast Cape York Peninsula. The final chapter of the book offers a concise summary of the physical and legal ways in which the rock-art of Australia is currently being protected, the range of impacts—cultural and natural—which affect rock-art preservation and the various choices of conservation available.

The only potential drawback of the volume, given that it will most likely serve as a textbook on Australian rock art studies, is the referencing system used. This is a criticism directed at the publishers rather than the author who was obviously following editorial instruction. The Harvard and Oxford systems have been abandoned in favour of a ‘popular’ form of referencing whereby the reader must first refer to the notes of each chapter to establish who Morwood has cited and then turn to the bibliography for full details of the publication cited. While the lack of in-text citations makes for easy reading, the virtual absence of page numbers for quotes and ideas anywhere in the book will hinder researchers in following up Morwood’s valuable arguments.

Only a decade ago rock-art was a thriving discipline in Australia. In the last few years, however, it has suffered enormously from the retirement of two academics: John Clegg of the University of Sydney and Andree Rosenfeld of the Australian National University, both of whom dedicated much of their working lives to teaching rock-art. In this respect Morwood’s book is extremely timely as it provides an important source for educators to keep the subject alive for interested students. More generally, it also promotes the fact that rock-art is an essential line of evidence for archaeologists.

Wilson, M.
Review of ‘Visions from the Past: The Archaeology of Australian Aboriginal Art’ by Mike J. Morwood
2004
58
47–48
Book Reviews
Download
You must be a member to download the attachment ( Login / Sign up )