Review of ‘Uses of Heritage’ by Laurajane Smith 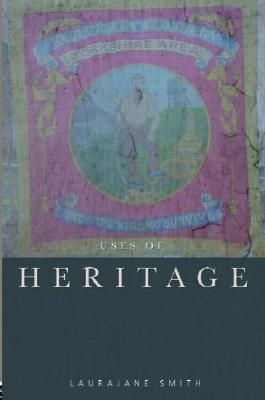 At a time in Australia when heritage seems to have disappeared from the national agenda and climate, water and environmental repair dominate, a book whose first chapter opens with the statement that ‘There is, really, no such thing as heritage’ seems appropriate. However, this book goes on to illustrate that heritage means many things to many people; it is about heritage as a process that constructs cultural values and meanings.

The author contends that ‘heritage is a multilayered performance … that embodies acts of remembrance and commemoration while … constructing a sense of place, belonging and understanding in the present’ (p.3). She believes that this performance is not something in which professionals and experts would cooperate actively with ease.

Smith challenges the traditional Western idea of heritage as material fabric with cultural values given to age, monumentality and aesthetics and the dominant or ‘authorized heritage discourse’ which ‘is reliant on the power/knowledge claims of technical and aesthetic experts, and institutionalized in the state cultural agencies and amenity societies’ (p.11). She offers the alternative of heritage as a cultural practice involved in the construction and regulation of a range of values and understandings, whose authenticity lies in the meanings people construct for it in their daily lives.

The book is in three parts and is based on the author’s work as an academic and as an archaeologist in Australia and the United Kingdom. Part I outlines the theoretical basis. Chapter 1 offers a review of critical discourse analysis and describes the development of heritage – it maps ‘out the discursive field of heritage … identified the authorized discourse against which a range of dissenting or subaltern discourses interact’ (p.42). Chapter 2 examines heritage as a cultural process – experience, identity, intangibility, memory and remembering, performance, place and dissonance. These ideas are explored throughout the rest of the book.

Part II examines the consequences of ‘authorised’ heritage. Chapter 3 critically examines the discourses of ICOMOS and UNESCO, which is of great interest to Australian practitioners. Chapter 4 is based on interviews with visitors to ‘the manored past’ of English country houses, while Chapter 5 is based on interviews with stakeholders in the management and use of Australia’s Riversleigh World Heritage palaeontological site. These chapters illustrate how the defining performances of heritage conservation – interpretation, excavation etc, may be used to regulate and justify maintenance of national narratives and social hierarchies.

Part III examines ‘subaltern’ (of inferior status) uses of heritage and consequent contested values. Chapter 6 is based on interviews with visitors to English industrial museums (Beamish, NationalCoalMiningMuseum at Caphouse Colliery and TolpuddleMartyrsMuseum) and shows the role of remembering and commemoration in constructing social and family identities. Chapter 7 is based on ethnographic and interview work at Castleford, West Yorkshire. Formerly a coal mining area, but a Roman garrison 1500 years earlier, now a shopping and residential area, heritage is shown as a process of community engagement used to facilitate social and cultural change. Chapter 8 demonstrates how Indigenous people in Australia and the United States use heritage as a cultural resource in which the issue is control of present cultural identity and meanings and not just as part of prehistory. All three chapters illustrate how heritage is used by people to negotiate identity and value and to redefine their place in society.

The discussion on the development of the discourse of heritage from the nineteenth century is very competent, but the Australian section suffers from a lack of examples from states other than New South Wales. For example, Victoria was the first state to legislate for protection of historic buildings and archaeological relics, both in 1974. Rather than the ‘monumentality of buildings’ being saved in the Brookes Crescent, North Fitzroy, campaign against Housing Commission urban renewal, there was the saving of a working class community as well as its houses. Research using some of the older material produced by historians, for example the 1991 Heritage Handbook edited by Graeme Davison and Chris McConville, would have given the author wider insights. With regard to tourism impacts, Australia ICOMOS published an issue of its journal Historic Environment in 1990 highlighting problems and possibilities for tourism as a promoter of heritage. The same journal also published articles covering various aspects of heritage as a cultural process used by communities and in particular, the 1997 issue on cultural landscapes

In criticising charters as ‘authorizing institutions of heritage’, Smith asserts that the Burra Charter downplays community participation and values as it is framed in an authorised heritage discourse which ‘was never really identified, examined or challenged in the 1999 rewriting’ (p.106), and ‘appeals to authority … mean that values and meanings situated outside the dominant discourse are sidelined’ (p.106). While acknowledging that the Burra Charter is ‘attempting to deal with community issues’, she believes that it ‘explicitly ignores the dissonant nature of heritage’ (p.106), the contested values of different groups.

Australian practitioners would see that the Burra Charter processes give them a framework in which to identify and assess all values and work out policies for conserving both tangible and non-tangible aspects of those places of significance. Whose values dominate is a matter sieved by applying thresholds for national, state or local level values. Communities will still continue to protect their heritage values. Smith, however, without clearly stating what she wants, continues to attack the authorised heritage discourse as hindering ‘the progress of change to heritage practice’ (p.114).

Her next two chapters, on the English country house and on Riversleigh World Heritage Site, aim to illustrate places that portray the dominant national heritage whose meanings about the past are reinforced, or alternatively marginalised. However, the excellent analysis of Riversleigh site management shows how national park management of World Heritage palaeontological values has excluded both Indigenous and pastoral histories, their values and connections to the place. But Smith’s surveys showed that most visitors to Riversleigh are unaware of its international status as they want to experience the ‘real Australia’ that is an ancient outback landscape.

The new national heritage system established by the Environment Protection and Biodiversity Conservation Act 2003 has national heritage management principles (regulation 10.01E) which state that ‘management of National Heritage places should respect all heritage values of the place’ and seek to integrate any other government responsibilities for those places (Schedule 5B, 3). It is clear that a new practice in management is required which will address the layered and sometimes contested values inherent in the Riversleigh landscape and the consequences for ‘subaltern groups’ as the new national heritage regime embraces protection of the range of cultural values in a place.

The chapters on labour history and the transformation of an industrial town show the power of heritage practice in assisting processes of social and physical change following the closure of coal mining and personal identity with place and its meanings for everyday life. The physical fabric might have changed, but cultural practices remain through festivals, visiting museums, plays and music and invoke memories of belonging to these localities and their traditions.

The book is very well researched and it is refreshing to read chapters based on survey results rather than opinion. However, even to a postdoctoral reviewer with over 30 years work in the heritage business, the dense multiple-meanings of academic language annoy and obscure clear thinking. One of the criticisms of heritage is that it uses an arcane jargon of its own for professionals and experts which excludes everyone else. This book certainly does this. As it deals with the ‘authorized heritage discourse’ reduced to ‘AHD’ throughout, the effect was that AHD was a disease. It was certainly an irritant but maybe that was the intention of the author to attract attention. Getting the message across in plain English is a key requirement if we want a wide constituency supporting heritage conservation.

In her conclusion, Smith states that the authorised heritage discourse ‘is a process of mediating cultural change and of asserting, negotiating and affirming particular identities and values’ (p.300). This is certainly the case for the new national heritage regime which aims to give Australians a list of natural, Indigenous and historic places with ‘outstanding heritage value to the nation.’ However, Australians need to know a lot more facts about their past and historical impacts on our society before there is widespread support for new approaches to heritage conservation. As most heritage practitioners know, heritage is a social and political process, at times uncomfortable, but the results create a cultural legacy in which we all share.

This book offers lots of ideas about the nature of heritage, has good case studies and an academic approach to the issues based on many years experience. It does not offer any case studies based on the archaeological analysis familiar to readers of Australian Archaeology. The author is critical of the current structures of heritage assessment and management but does not clearly spell out new directions which she considers heritage should take to resolve the criticisms.