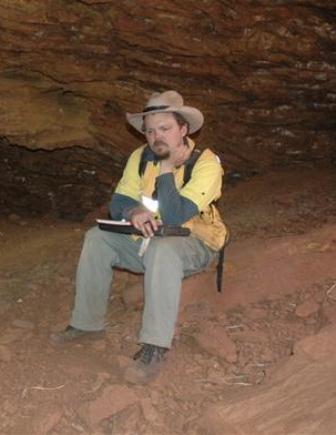 In Australia and elsewhere, their abundance in the record makes stone tools one of archaeology’s chief analytical subjects. Stone tool interpretation long has reflected the intellectual tropes of its times. Sollas (1911) used the lithic record to identify Australian prehistory with evolutionary stages. At mid-century, McCarthy (e.g. 1967) stressed typology with culture-historical overtones. Only when Tindale (1965) described resharpening and the progressive change of size and form that it produced in tools, and modern Aborigines surprised Hayden (1977), did archaeologists forge a dynamic view of tool production and use. To explain their size and form, typology was replaced by an understanding that amount and pattern of retouch explain much of the variation found in retouched stone tools. The resulting synthesis is revolutionising Australian lithic analysis (e.g. Hiscock and Attenbrow 2005). This is an Australian expression of the reduction thesis (Shott 2005), the view that retouch imparts significant variation in tool size and form independent of function, form or typology, and the analytical techniques to demonstrate these effects.

The reduction thesis is important not only for its typological implications, but in the possibility that a single implement may pass through several types in the course of its use. Amount of reduction also reflects amount of use, one definition of curation (Shott 1996). In turn, curation is implicated in technological organisation and patterns of land-use. Thus, how much and in what way tools were retouched can reflect organisational properties of past cultures.

Law’s monograph, based on his ANU dissertation, analyses the lithic assemblages from the Puli Tjulkura chert quarry and Puritjarra Rockshelter, 60 km apart in central Australia. Puli Tjulkura’s white chert is found in some abundance at Puritjarra, distinguished from those of similar appearance by geochemical means. In framing his analysis, Law offers legitimate criticisms of typology (i.e. that size-form variation is continuous, not typological, that typology applies only to few well-formed tools among the multitudes that comprise most assemblages). After a review of the mostly American literature of lithic technological organisation (somewhat selective by comparison of citation patterns and sources to, for example Nelson 1991), Law uses reduction measures and other data to test organisational models in its data.

Kuhn’s ‘geometric index of unifacial reduction’ (GIUR) and a perimeter-reduction index (PRI) are analytical centerpieces of the study. GIUR has ardent Australian champions like Hiscock, Law’s supervisor. Recent debates about the comparative value of GIUR and other ways to measure reduction in retouched flakes have thrown off much heat and some light. Law tactfully avoids the controversy, acknowledging GIUR’s undeniable value but also that it is ‘not suitable for all retouched flakes’ (p.12) owing to its assumptions about pattern of retouch and cross-section geometry. Other measures are described in Andrefsky (2008) and chapters therein and elsewhere.

The general pattern found is high percentages of cortex and flake breakage and low rates or degrees of core and flake retouch at Puli Tjulkura, whereas white chert (but not local cherts) at Puritjarra exhibits nearly the opposite pattern especially from mid-Holocene onward (To calibrate chronological trends, Puritjarra’s depth-age curve [Figure 5.3] generally patterns as expected but requires some massaging in the key mid-Holocene interval). GIUR patterns clearly, PRI somewhat ambiguously, with time. Law explains results with respect to toolstone quality and organisational properties of Aboriginal cultures. In the process, he concludes that higher late Holocene rates of reduction (which he does not explicitly identify with curation) and discard do not indicate increasing sedentism – Smith’s (2006) intensification argument – but its opposite.

Any study of this breadth and details prompts some reservations. For instance, Law eschews typology partly because it ignores many artefacts. Yet of the 17,000 Puritjarra artefacts, only 431 were retouched, of which only 289 were unbroken, of which only 70 were of Puli Tjulkura white chert. About 130 artefacts, fewer than one discarded per year on average, ground the construction of fairly protracted trends there (p.85). Thus, small parts of large assemblages are the focus of analysis here, as in typological studies.

Smith’s intensification thesis rests on high late Holocene retouch rates, tool density, and discard rate. Law is right to argue that assemblage composition, not just reduction rate, bears upon the question but his logic seems ad hoc in places. To him, Smith’s evidence for rising intensification is ‘plausible’ only if people had ‘less opportunity to reprovision with non-local’ toolstones (p.89). Puli Tjulkura white chert’s rising late Holocene proportion and small, reduced size in cores at Puritjarra mean the opposite to Law (although cherts of local and intermediate origin do not exhibit entirely complementary patterns with distance to white chert): decreasing sedentism, because people had to travel 60km to acquire chert and failed to ‘provision’ distant places like Puritjarra with large cores and flakes. Yet sedentism is a relative term; 60km trips for chert, especially if embedded in other movements, seem not unreasonable even for relatively sedentary groups. Moreover, it is perilous to rest precise inferences about land-use upon ambiguous distance-to-source data (Brantingham 2003); this logic equates land-use patterns with scale of procurement. Foragers can be relatively mobile even using only local toolstone if their frequent movements are confined to a small region, or can be relatively sedentary even using distant sources if their procurement is embedded in occasional trips. More thorough evaluation of Smith’s and Law’s opposing views might involve not just lithic analysis but inference to land-use pattern and scale from forager comparative ethnography.

Also, at Puritjarra Law equates the size of white chert cores and flakes at discard with their presumed size at introduction, yet small size at discard may reflect reduction and curation. Here is a curious blind spot in an analysis that otherwise rests firmly on a reduction perspective. It produces logical inconsistencies when, for example, low incidence of retouched flakes means short-term occupation at Puli Tjulkura (p.40) but their high incidence at Puritjarra also means short-term occupation (pp.89-92).

Finally, evidence of core/flake size documents curation directly, and only implicates land-use intensity indirectly. Curation rate can vary with land-use intensity but also with other factors. Finally, Law’s monograph reflects what may be entrenchment between antipodean schools of thought. Of course there is frequent reference to prominent Australian archaeologists, but Law does not so much as cite Holdaway and Stern (2004) or Doelman’s (2008) fairly detailed study of a New South Wales chert quarry comparable in some respects to Puli Tjulkura. Diverse schools of thought characterise a healthy field; fortified camps impede communication and serve no-one in the long-term.

Quibbles aside, Law’s monograph is an example of straightforward archaeological interpretation and intelligent reduction analysis in the service of theoretical model-testing. In the future, Australian archaeologists might emulate Law’s practice, particularly in the ecumenical use of reduction measures that include, but are not limited to, GIUR and PRI. But beyond descriptive measures and statistics for degree of reduction, we must learn to leverage the analytical power that resides in reduction and curation data. For instance, Law and Smith use density of retouched tools to measure occupational and tool-use intensity. This logic is reasonable as far as it goes, but it should be extended by adjusting raw density for degree of reduction experienced by the tools under study. Thus, a raw density of, say, 100/m3 for tools only half-reduced on average does not equal the same density for tools that are almost completed reduced on average; ceteris paribus, a half-used tool does not represent an equal amount of use as a fully used one, therefore not the same density (amount actually), of tool use. Also, besides using reduction measures like GIUR to estimate curation at the level of artefacts, we must treat reduction and curation at the assemblage level as palaeodemographers treat skeletal age: by fitting distributions of values to mathematical models and, via relevant theory, to identify the form of those distributions with different kinds (e.g. gradual attrition vs catastrophic failure) or degrees (e.g. via interpretation of Gompertz-Makeham parameter estimates) of curation. My own work using New Guinea data (Shott and Sillitoe 2005) illustrates the approach and some of its analytical potential, in part by proposing an interval-scale curation measure derived from the Gompertz- Makeham b parameter.

Characteristically, BAR condenses considerable text, dozens of tables, 20 figures and 22 plates into 97 pages. The monograph also includes a glossary and appendices that contain geochemical data and artefact measurements from the two sites.

From his perch at what Europeans might consider the center of the archaeological universe, Glyn Daniel (1975:372) once wrote that ‘‘new’ … methods and concepts are developed in the study of the most unrewarding material’, a backhanded complement if ever one was offered. By ‘study’ he meant of hunter-gatherer and tribal cultures and by ‘unrewarding material’ he meant stone tools among other things. The broader context of this benighted comment was the rise of American processualism, but Daniel’s view applies equally to Australia (which did not so much as appear in his index). When you lack truly impressive evidence – Daniel cited Stonehenge and Maltese temples – then you must make the most of the humble materials at hand. The corollary is that with truly important evidence at hand, viz. temples and pyramids, only fools study humble rocks. In this view, poor American (and Australian) archaeologists dote upon stone tools merely by default, because they have nothing better to dote upon. Law’s monograph belongs in the growing literature that demonstrates the range and rigor of inference to past cultures from sophisticated analysis of ‘unrewarding’ material. We should be past the time when scholars casually judge regions, not to say continents, by such criteria as Daniel’s. Measured on Stone offers detailed analysis to test sophisticated models of past cultural behaviour. Whether from Australia’s Central Desert or Stonehenge, all archaeologists are well-served to study closely such examples as this.

Tindale, N.B. 1965 Stone implement making among the Nakako, Ngadadjara, and Pitjandjara of the Great Western Desert. Records of the South Australian Museum 15:131-164.

Michael J. Shott
Review of Measured on Stone: Stone Artefact Reduction, Residential Mobility and Aboriginal Land Use in Arid Central Australia by W. Boone Law
June 2010
70
78-80
Book Reviews
You must be a member to download the attachment ( Login / Sign up )