Review of ‘Documentary Filmmaking for Archaeologists’ by Peter Pepe and Joseph W. Zarzynski 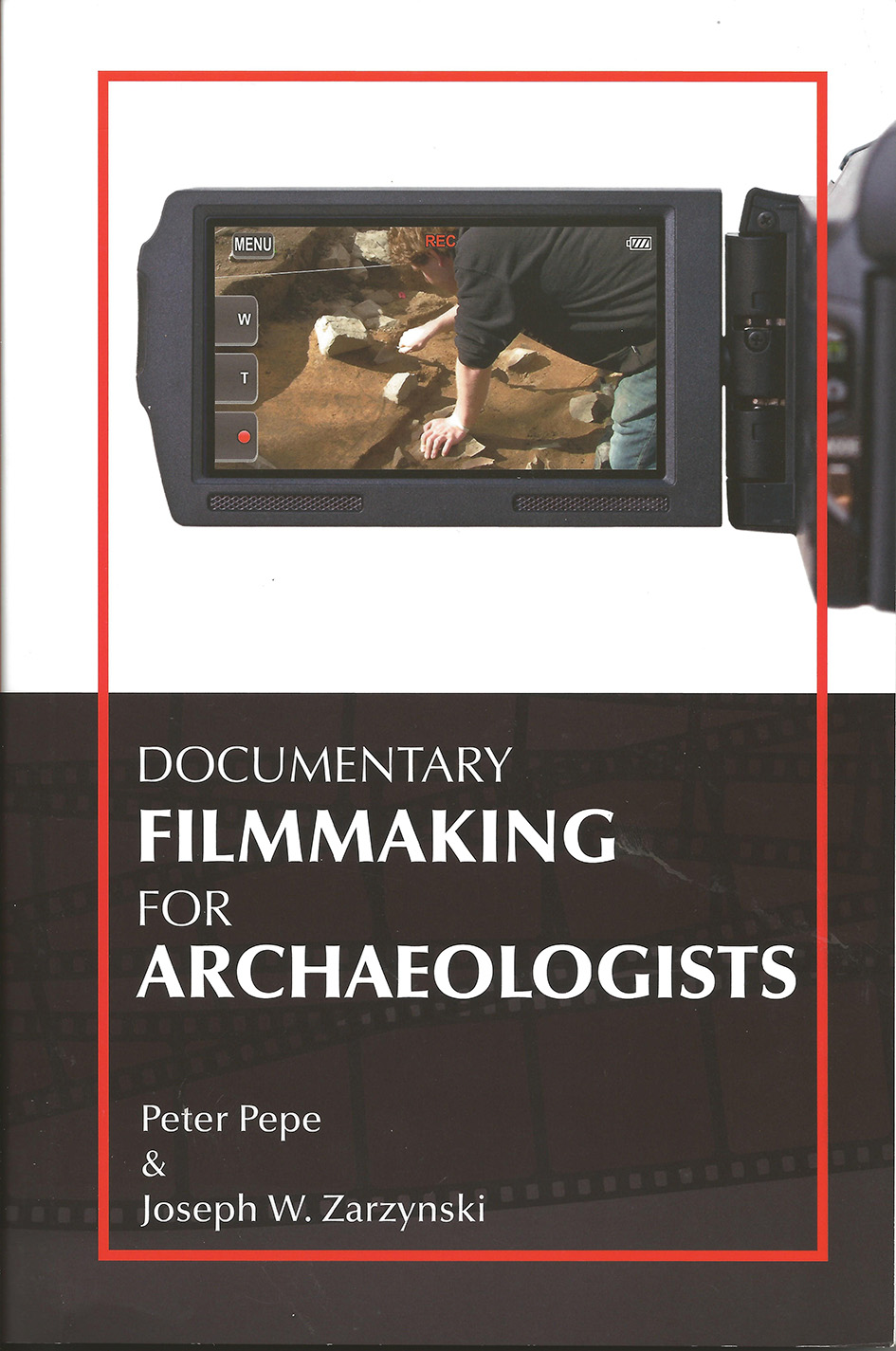 The dissemination of research results is a core focus of archaeological practice, and filmmaking is one of the best ways to reach and engage with a broad audience. Consequently, there has been a glaring gap in the market for a book such as Peter Pepe’s and Joseph W. Zarzynski’s Documentary Filmmaking for Archaeologists. Archaeologists often have unique untold stories about the human past that are very well-suited to a documentary format, but do not have the necessary training to produce archaeological films. Pepe and Zarzynski aim to fill this gap with a guide for archaeologists and other social scientists wanting to partner with filmmakers to create documentaries.

Pepe is a corporate and documentary filmmaker with over 30 years experience in the industry. His production company, Pepe Productions, has produced three feature length underwater archaeology documentaries with Zarzynski. Zarzynski is an underwater archaeologist and co-founder of Bateaux Below, a not-for-profit corporation that studies shipwrecks in Lake George, New York. They describe their collective experiences in developing these collaborative projects as examples in a step-by-step process for creating an archaeological documentary.

The book is structured with 26 short chapters covering the history of filmmaking, pre-production, production, postproduction and distribution. The appendices also include practical examples of a documentary proposal, treatment, script and budget. Disappointingly, while the structure of the book is straightforward, delving into the chapters reveals the content to be quite disorganised and repetitive.

The chapters on the history of filmmaking focus heavily on technological developments, without taking into account changes in documentary genre and style. The historical chapters are also written with heavy emphasis on the ‘fathers’ of particular filmmaking developments, giving an impression of a conservative, privileged and singular view of a maledominated industry. Indeed, throughout the book, women and their contribution to filmmaking and archaeology are rarely mentioned, and the only narrative style promoted is the tired old ‘detective story’ or ‘quest’ that has been used ad nauseum in archaeological documentaries for the last few decades. Exploring the incorporation of alternative voices and storytelling styles would have improved the book significantly.

The chapters on the various stages of documentary film production are useful for introducing the concepts and documents required for getting an idea off the ground. However, the language used is basic, repetitive and sometimes condescending (for example, describing how to format a list of pros and cons), while often leaving out important information, such as how to write a treatment, saying the ‘documentarian will know how to write a treatment’ (p.72). It would have been more useful for the authors to have described the fundamentals of each step of the process, even if the division of tasks means that archaeologists will not need to undertake all of them. This criticism can particularly be made of the book’s approach to editing (Chapter 19); the archaeologist is completely removed from the editing process, and not even a simple description of non-linear editing is provided. Having an understanding of the way that scenes and stories are constructed with specific audio and visual elements would provide a better idea of what footage needs to be obtained in the field. Practically speaking, you can’t edit what you don’t shoot, so it is fundamentally important for archaeologists to have an understanding of what the film editor will be looking for from the outset, before shooting begins.

Pepe and Zarzynski dedicate less than two pages to ethics, skimming briefly over a complex topic that should be paramount in the production of professional archaeological films. They provide a rudimentary checklist of ethical considerations that include such basic procedures as obtaining consent, while failing to consider such important aspects as the conservation of the archaeological resource and the risk imposed on it through the making of the film and its subsequent distribution. Their approach to ethics is summed up by saying, ‘Of course, archaeologists constantly preach ethics in all archaeological endeavours. That holds true in documentary filmmaking, too’ (p.81). As can be seen from recently aired television shows inappropriately dealing with heritage in the United States, however, a much more active discussion about the application of ethics is required in archaeology-related filmmaking.

Explaining and providing examples of the various documents required to move the story from an idea to a film proposal, this book serves as a very basic introduction to the development of a pitch package for a documentary idea. However, wider reading will be required by archaeologists wishing to develop a working understanding of how films are made, how archaeological stories can be told and how to make films that don’t fit the commercial broadcast genre, such as films for community ownership, corporate promotions, museum/educational films and online mini-documentaries.

Martin-Stone, K.
Review of ‘Documentary Filmmaking for Archaeologists’ by Peter Pepe and Joseph W. Zarzynski
June 2014
78
130
Book Reviews
Download
You must be a member to download the attachment ( Login / Sign up )