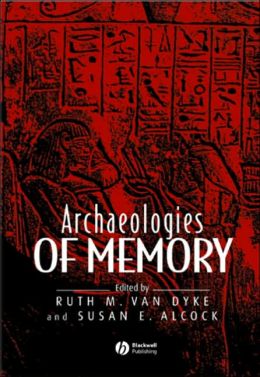 Western societies is one of the key cultural and political phenomena of late twentieth century modernity (Huyssen 2000:57, see also 1995, 2003). Memory discourses first emerged in the West in the 1960s in response to the rise of new social movements, decolonisation and, after 1980, mobilised debates around the testimonial movement and ‘remembering’ the Holocaust. Richard Terdiman (1993) goes so far as to make note of modernity’s ‘memory crisis’. while Kammen (1995) situates the roots of the post 1945 heritage movement in the development of a modern sense of nostalgia and an obsession with preservation, the forcible act of not forgetting (or more accurately. remembering). This has produced a boom in memory writing in the social sciences. Relevant here is recent work on history and memory (e.g. Darian-Smith and Hamilton 1994; Le Goff 1996; Nora 1998), memory studies in anthropology (e.g. Casey 1987; Olick and Robbins 1995; Teski and Climo 1995; Climo and Cattell 2002), and the role of ‘remembering’ and ‘forgetting’ in the study of material culture (e.g. Forty and Kuchler 1999; Kwint et al 1999; Hallam and Hockey 2001; Klichler 2003). Much of the work on memory in the late twentieth century has focussed on the role of popular culture in shaping collective memory and representations of the past. Indeed, several historians have argued that in the post-war period, popular culture has become the principal site for the creation and contestation of memory and identity politics (e.g. Lipsitz 1990; see Hamilton 1994).

Despite the recent prominence of memory writing in the social sciences, Van Dyke and Alcock’s book arrives on what is almost a clean slate as far as archaeology is concerned. With the exception of contributors to Bradley and Williams edited volume of World Archaeology on the re-use of ancient monuments (1998), Richard Bradley’s work (Bradley 2000, 2002; see also Barrett et al. 1991), Chris Gosden’s Social Being and Time (1994; see also Gosden and Lock 1998), and recent work by authors represented in the volume (Lillios 1999; Joyce and Gillespie 2000; Alcock 2002; Meskell 2002; see also Rowlands 1993) this book charts relatively new territory for archaeology. The papers in the volume concern themselves almost exclusively with collective or social memory, and in particular the kind of social memory which Paul Connerton (1989) calls inscribed memory—those monuments, texts, or representations which materialise social memory, which he contrasts with embodied memory, the performative, bodily, behavioural contexts in which memory is (re)produced. The way in which the papers in this volume examine the role of the past in producing the national (or local) imaginary recall Seteney Shami’s (2000:234–235) call for ‘prehistory’ to ‘map erasures’ and examine the various manifestations of ‘strategies for territorialising identity’ that draw on the power of the past in the present. While for the most part the papers focus on monumental forms of commemoration of the past, they avoid the uncritical direct conflation of ‘monument’ with ‘memory’ which has recently come under question by authors in the edited volume by Forty and Kuchler (1999; see also Kuchler 2003).

The diverse interests of the editors, one a classical archaeologist who researches the archaeology of Roman Greece (Alcock) and the other an anthropological archaeologist who undertakes research at Chaco Canyon and in the Four Corners region of the American Southwest (Van Dyke), is reflected by the geographical spread of the case studies in the book. They bring together papers presented in the session ‘Archaeologies of memory: Case studies, comparative perspectives’ from the 2000 annual meeting of the Society for American Archaeology in Philadelphia, and papers presented in the session ‘Mediterranean Memories: Archaeologies of the Past in the Past’ at the 2001 annual meeting of the Archaeological Institute of America in San Diego. In addition to papers on the Mediterranean (Sinopoli, Papalexandrou, Prent, Lillios and Blake) and pre-Hispanic North America (Pauketat and Alt and Van Dyke), case studies are also drawn from the archaeology of New Kingdom and late Roman period Egypt (Meskell) and the classic Maya (Joyce). Richard Bradley provides a commentary on the volume as a whole.

In their introduction, the editors identify the intellectual roots of their writing on collective memory in the work of Maurice Halbwachs, and provide a short but useful introduction to relevant work on memory in the social sciences and phenomenological approaches to understanding the relationship between memory and place. The rest of the book is divided into three parts; ‘Memory Studies with access to texts’, ‘Memory studies without access to texts’, and ‘Caveats and Conclusions’. This provides a logical way of dividing the text, and as the editors note, the text aided (or historical) archaeological studies provide rich material with which to illuminate and question the (perhaps) less nuanced interpretations of the archaeology of non-literate societies produced in the prehistoric case studies.

Carla Sinopoli’s paper examines the way in which the rulers of the fourteenth century southern Indian empire Vijayanagara both made reference to the Hindu and south Indian past through the medium of courtly architecture, and in turn became an important source of memory and authority in nayaka sacred architecture after the middle of the sixteenth century. She demonstrates the way that landscape, urban design and architecture is used in the material construction and presentation of memory, and their role in invoking the authority and power of the past. Lynn Meskell follows with a sophisticated analysis of short-term commemorative practice and long-term memorialisation evidenced by two distinct time periods in Egypt’s past. Meskell’s is one of the few papers in the volume to examine the interplay between inscribed and embodied memory practices (an issue also discussed by Joyce), suggesting connections between the embodied, ritual experience of festivals and funerals for New Kingdom Egyptians. In her discussion of the use of Deir El Medina during the later Roman period as a burial place for elites who sought to link themselves with an unknown (yet monumental) past, she questions the degree to which social memory can be thought to have continuously operated over the very long-term.

Amy Papalexandrou shifts focus to Byzantine Greece, and the fragmented and shifting notions of memory and the past associated with use of architectural elements such as spoliated masonry. Here fragments of ancient masonry and tombstones incorporated onto decorative facades in medieval buildings speak of the association of Greek administrators with a dismantled and neutralised Greek past. Mieke Prent follows with an examination of the incorporation of Bronze Age monuments into Early Iron Age Cretan cult places, and their evocation of the ritual power associated with Bronze Age objects and monuments. He argues that an Iron Age warrior aristocracy associated themselves with a glorious Bronze Age past through ritual feasting at Bronze Age archaeological sites. Rosemary Joyce concludes the section on ‘Memory studies with access to texts’ with a thought provoking paper on the various contexts in which memory was induced by material things during the Classic Maya present-past. While many studies of the Classic Maya have focussed on monuments and historical inscriptions, here Joyce examines the transformation of personal objects into commemorative records through the inscription of body ornaments with texts, and their subsequent merging of personal with historical memory. Focussing on the example of Maya ear spools, which were ‘conserved, rediscovered, transformed and passed on over time’, she demonstrates a complex process of remembering and forgetting which links such objects with a series of mnemonic, embodied social practices.

Katina Lillios provides the first of three papers on ‘Memory studies without access to texts’, focusing on the role of engraved slate plaques found in collective burials in southern Portugal and Spain in the late Neolithic and Copper Age. She suggests that the engraved designs record genealogical histories and lineage affiliations, and should be viewed as mnemonic devices, which both created and enhanced social difference. Timothy Pauketat and Susan Alt continue this section with an analysis of mound building in eastern North America. They argue that the construction of earthen mounds across the Mississippi valley at temporally and geographically distant moments suggests dynamic traditions and the active creation and recreation of social memory, as symbols of both inclusion and hegemony. Ruth Van Dyke concludes the section with a thoughtful paper on social memory and the construction of Chacoan society. She focuses particularly on the connection between memory and place, and how memory was used in Chacoan society to naturalise authority and to actively consolidate collective identity. Monumental Kiva sites. In a form in which they were built many hundreds of years prior to the Chacoan period, were incorporated into Chacoan buildings, while a detailed chronostratigraphic perspective on the construction dates of Chacoan roads demonstrates the linking of ancient and contemporary places in the Chacoan period.

The final section of the book. ‘Caveats and Conclusions’, includes a cautionary tale by Emma Blake on the re-use and re-occupation during the Byzantine period of Bronze and Iron Age Sicilian rock cut tombs. While it might be ‘obvious’ to view this as an example of the appropriation of the symbolic power of the past, Blake shows instead that this is an example of ‘a sweeping new and cosmopolitan practice, troglyditism, that demonstrates Sicily’s participation in the Byzantine world’. Richard Bradley’s conclusion to the volume uses the various English translations of the title of Marcel Proust’s famous novel on memory, A la Recherche du Temps Perdu, as a starting point in thinking about the diverse examples of the remaking of the past in the present discussed in the book Bradley’s pioneering influence on the study of the past in the past is felt throughout the book, so his paper provides a fitting conclusion to this interesting collection. As Teski and Climo note in their introduction to The Labyrinth of Memory (1995), memory is not simply a matter of recalling past experiences, but a complex and continuing process of negotiation and struggle over what will be remembered and what forgotten. This tension between remembering and forgetting runs as a theme throughout the papers in Van Dyke and Alcock’s book, and re-emerges as an important point in Bradley’s conclusion to the volume.

The papers in the volume are of a consistently high standard, the design is modern and appealing, and the index is comprehensive and easy to use. People with an interest in the archaeology of the geographic areas covered will likely find particular papers of special note, however the volume as a whole provides rich material for thinking about the role of the material traces of the past-in-the-past, and the kinds of embodied remembering of palimpsest pasts that archaeological sites and commemorative monuments represent and (re)produce. While archaeologists will undoubtedly be interested in what this book has to say about past-pasts, the book could also be read as a series of case studies which provide material for thinking about long-term changes in the significance of monuments to collective identity (which we now call ‘heritage’) and the impact of globalisation on object-people relations and contemporary discourses on present-pasts. The book provides a rich and varied set of examples of the way in which the insistent materiality of objects produces a ‘thick autonomy of memory’ (after Casey 1987) in past and present societies.

Bradley, R. 2002 The Past in Prehistoric Societies. London and New York: Routledgc.

Forty, A. and S. Kuchler (eds) 1999 The Art of Forgetting. Oxford and New York: Berg Publishers.

Gosden, C. 1994 Social Being and Time. Oxford and Cambridge: Blackwell.

Huysenn, A. 1995 Twilight Memories: Marking Time in a Culture of Ammesia. London and New York: Roulledge.

Huysenn. A. 2003 Present Past: Urban Palimpsests and the Politics of Memory (Cultural Memory in the Present). Stanford: Stanford University Press.

Lillios, K. 1999 Objects of memory: The ethnography and archaeology of heirlooms. Journal of Archaeological Method and Theory 6:235–262

Harrison, R.
Review of ‘Archaeologies of Memory’ edited by Rith M. van Dyke and Susan E. Alcock
2004
58
48–51
Book Reviews
Download
You must be a member to download the attachment ( Login / Sign up )