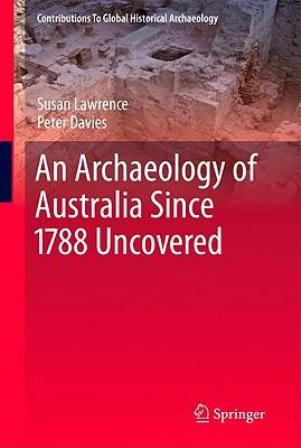 Lawrence and Davies are not young punks intent on critical destruction of the edifice of historical archaeology in Australia. Rather, they are concerned in reporting what has been learned over 30 or 40 years of work. Accordingly, this is a work that ranges widely across the whole breadth of issues in Australian history. The authors admit that some material has been left out simply due to space and they also regret the omission of some New Zealand work of relevance to Australia.

The bringing together of diverse material from across Australia is a tremendous achievement and the authors are to be congratulated for doing this successfully. However, their achievement is more than simply bringing information together; they have provided a synthesis of material that is very useful for those working in the field and for students learning about historical archaeology. This is an important benchmarking of historical archaeology in Australia.

The authors have divided the work into specific topics that reflect prominent issues in Australian history and attempt a broad-ranging discussion covering a wide geographic area and differences of approach. They also choose to emphasise social themes such as gender, status, ethnicity and identity, reflecting the authors’ roots in post-processual archaeology. The principle topics which form individual chapters in the book include: Convict Origins; Aboriginal Dispossession and Survival; Shipwrecks and Maritime Trade; Sealing, Whaling and Maritime Industries; Pastoralism and Agriculture; Gold Rushes and Precious Metals; Manufacturing and Processing; Migration and Ethnicity; An Urbanised Nation; Australians at Home; Death; and the Twentieth Century and Beyond.

Although each chapter is an entity in itself, the chapters are organised so that each generally leads to the next topic. For this review, rather than attempt a blow-by-blow analysis of each chapter, two chapters were selected by random for more detailed discussion in order to convey a sense of how the authors approach each topic.

The chapter on ‘Manufacturing and Processing’ begins with a brief overview of the topic noting it is part of the field of ‘industrial archaeology’ and mentioning Casella’s recent overview of the topic as well as brief mention of various studies. From this overview Lawrence and Davies identify the themes of continuity and change, technological transfer, landscape and social context as being an important framework for understanding the archaeology of manufacturing and processing in Australia. It is unclear to the reviewer why other themes – such as the nature of capital formation or transport (which have been discussed by economic historians) – are not also of relevance to the archaeologist studying this broad topic?

The chapter continues to discuss some of the archaeological research that illustrates the approaches that Lawrence and Davies highlight as being important. Studies of water mills, for example, discuss the themes of continuity and change, technological transfer and landscape. Similarly, the review of archaeological research on timber mills reflects studies on tramways and on mill sites such as Henry’s No 1 Mill (the subject of Davies’ doctoral work). Other archaeological work on brickworks, potteries and lime-making is also discussed.

The discussion on ‘Coal, Iron and Steel’ could have been omitted. The coal studies discussed are concerned with marginal aspects of the industry and not the major coal producing areas or periods. For ‘Iron Production’ only Cremin and Jack’s excellent work is discussed, but the large-scale excavation of the iron works at Mittagong in 2005 has been overlooked. Similarly, the industrial archaeology of steel is discussed only in the context of Sandford’s works at Lithgow (again Cremin and Jack) as this is the only archaeological study of an Australian steel works despite the total demolition of the Newcastle works in recent years

There is also a notable omission from this chapter in the form of extensive research by vocational archaeologists associated with the Light Railways Research Association in the areas of timber milling and its technology, as well as coal mining and iron and steel works. All this work is accessible as the researchers have an enviable record of publication. It is unclear why such a body of research is not discussed.

The bigger picture is one of neighbourhoods, slums and class and is mostly based on the two projects ‘Little Lon’ and Cumberland/Gloucester Street and the work of well-known researchers Murray, Mayne and Karskens. The fruitful dialogue between historians and archaeologists is notable in the area of urban archaeology, despite the disdainful rejection of the idea by Melbourne’s elite historians (on film), when it was first proposed. From slums the discussion moves towards notions of class and of gentility and respectability developed by Linda Young and explored in archaeological work in Melbourne, Sydney and Adelaide.

This chapter is marked by a more coherent subject matter than the broad brush of industrial archaeology, and it is more successful in summarising the arguments and explaining the archaeological research than the chapter on manufacturing and processing in the previous example. It seems that in reporting on the historical archaeological work, Lawrence and Davies have been at the mercy of their subject matter. A neat coherent topic like urban archaeology is much easier to report on than the sprawling research on industrial archaeology which is not so easily synthesised and the chapters reflect this problem. There is, of course, the perennial problem of the ‘gray literature’ not being accessible, although projects in Victoria and in New South Wales are making the material more widely available so that authors following in the footsteps of Lawrence and Davies should have even more material to consider.

Lawrence and Davies seem unwilling to comment on areas that might be fruitfully explored or developed in the future. There is also a lack of reflective comment on the overall topics and studies. While it can be understood why this is so, the aim of the book was not to set agendas but report on work undertaken; there seems something missing by not making such comments.

At the conclusion of this review a comment needs to be made about the price of this work. An online search reveals that the price in Australia ranges from $172 to $337, the highest price being that of Angus and Robertson, which is almost double the lowest price at Abbeys or the Co-Op Bookstore (if you are a member). Overseas the best price is ₤81.00 plus postage. For a book that deserves to be read by a lot of people, and presumably a book that the publishers feel should be bought by a lot of people, this price point surely is madness.