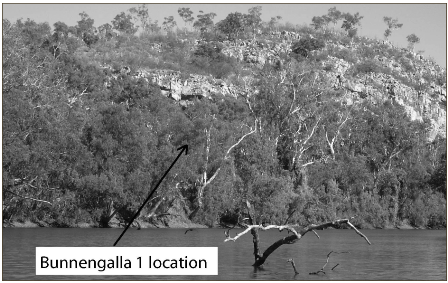 Bunnengalla 1 is a sandstone rockshelter fronting onto a permanent waterhole on Musselbrook Creek located on the northern margin of Boodjamulla National Park in northwest Queensland. In July 2004 excavation of the rockshelter revealed a rich 1.5 m sequence of human occupation. A preliminary report of the radiocarbon ages and stratigraphic sequence is presented here. The site provides a record of Late Holocene occupation from at least 6000 years BP with a considerable increase in occupation debris from 1300 years BP that is coincident with the amelioration of the ENSO dominated climate and increased precipitation in northern Australia.