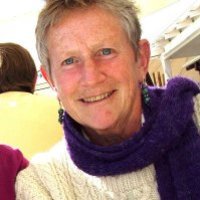 This volume was inspired by a desire to mark the occasion of the retirement of Sandra Bowdler in 2007 from a distinguished career in archaeology spanning more than 35 years.

Although the last 24 years of her career were spent as Professor of Archaeology at the University of Western Australia, Sandra earlier taught at the University of Sydney, University of Port Moresby, PNG and University of New England, NSW. As an educator, researcher and mentor Sandra was inspirational for many of her colleagues and students. In range Sandra’s research spanned several geographic regions of the world and a diversity of themes and theoretical concerns. This introduction touches on a few areas of her research which have inspired the contributors to this volume.

Contributors were asked to write on a theme relevant to Sandra’s interests in archaeology, but to eschew hagiography and personal recollection in favour of academic excellence. All papers were refereed according to the usual requirements of Australian Archaeology, as well as by the Editors. We thank the authors and referees for their contributions and the Australian Archaeology Editors Sean Ulm and Annie Ross for their guidance. As with all volumes of this nature we, as editors, were forced to impose deadlines for paper submission that not all authors were able to meet, and some papers did not make it into this volume. We apologise to those who missed the deadline and hope to see their contributions published elsewhere in the future.

Sandra’s earliest independent research focussed on the Bass Point midden site and other NSW coastal midden sites. Her approach to these sites owed a lot to those who pioneered Australian coastal archaeological studies such as Ron Lambert, but also to anthropologists who were interested in the way in which Aboriginal people had organised themselves within the landscape as social groups. In this respect research by peers in anthropology and history such as Gretchen Poiner, Betty Meehan, Nic Peterson, Lyndall Ryan, Annette Hamilton and Diane Bell were equally influential on her early thinking. In writing up her first professional excavation at Bass Point, Sandra attempted a new type of midden study which was both ‘testable’, in line with the then ‘New Archaeology’, but at the same time was ‘about people’, their actions and choices; including women, who had previously been invisible in Australian archaeological writings. Her interest in the way in which we construct or engender the past is reflected in this volume in the contributions by Balme and Bulbeck, Harrison and Gibbs, Lourandos and O’Connor.

Sandra’s early research on coastal middens expanded to include an interest in all aspects of coastal archaeology and particularly the unique conditions imposed for colonisation and use by small offshore islands, as her PhD research in Tasmania on Hunter Island and many subsequent papers on Tasmanian and mainland island occupation exemplify. The paper by Blench reflects her interest in Tasmania and is written in a tone that Sandra would certainly appreciate. An outcome of her ongoing interest in coastal and island archaeology was the Australian Archaeology Conference held at Valla, NSW in 1980 which she and colleagues organised and the subsequently published collection of papers Coastal Archaeology in Eastern Australia (Bowdler 1982). The paper by Sim and Wallis makes a significant contribution on the theme of coastal archaeology and the colonisation of offshore islands.

After leaving her post at the University of New England in 1980, Sandra worked for several years as an archaeological consultant and here also made a significant contribution to Australian archaeology. Sandra brought a new level of professionalism to consulting archaeology. Being up to date with international publications on archaeological survey methodology, sampling design and significance assessment she wrote timely papers on the importance of incorporating such assessments into Australian professional practise in consultancy. Since this time consultancy in Australia has expanded exponentially, particularly in the west, led by the pace of oil and mineral exploration, and has seen record uptake of graduates in archaeology into the consulting market. This expansion is likely to continue for several decades to come and Sandra’s challenging contributions on significance assessment and the imperative to make consultancies relevant to timely research questions, remain as important today as they were at the time of publication. Papers in this volume by Brown and Sullivan on issues of significance assessment reflect on these issues in a contemporary light.

Working as a consultant archaeological brought Sandra face to face with many of the grievances of Aboriginal groups in the face of the heritage process, including those who argued their cultural heritage was being appropriated by academic archaeologists, those who believed that consultation should be more wide ranging and those who believed that the consulting process should employ Aboriginal people to assess questions of significance. These were big issues for archaeologists that made them question the objectivity of concepts such as ‘value’ and ‘significance’, and even whether or not scientific objectivity could be achieved in a consultancy framework which was part of a political process with a development objective at the end of it.  When she took up the position of Professor of archaeology at the University of Western Australia she introduced these issues into mainstream academic teaching and invited Indigenous speakers into the university to present their perspective on the heritage process.

Sandra’s advocacy of the primacy of Indigenous interests in archaeology did not stop with heritage assessment. When the rights of Indigenous people to repaint their sites was questioned by some academics and rock art practitioners following the 1987 Ngaringin Cultural Continuity Project, Sandra took a strong ethical stand arguing that Indigenous rights should take precedence over non-Indigenous national heritage agendas and urging those critical of the NCCP repainting project to ‘ask themselves what is more important, the preservation of a few relics of the recent past, or the active continuation of that living culture?’

Such issues were still being debated at the VI WAC conference in Dublin which the editors recently attended demonstrating that the discipline has some way to go in this area.

A concern with the standards of professional practise also saw Sandra’s involvement on the Aboriginal Cultural Materials Committee of WA whose job it is to advise state government on cultural matters. In this capacity Sandra often pushed to raise the standard of reporting requirements and regulate for minimum qualifications for consultants; moves that were not always popular with those working in consultancy at the time. Today such standards are the norm for survey and reporting in WA.

In the ‘90s Sandra became increasingly interested in the Southeast Asian region, in the colonisation of Sunda and Sahul by modern humans and in comparisons between the material culture of the two regions. This led to comparative study of Pleistocene stone industries of Australia and Southeast Asia and her interest in facets of the Hoabinhian culture complex.  Several of the papers in this collection have resonances that reflect her interest in Southeast Asia, including the papers by O’Connor, Marwick and D. Bulbeck.

Unconventionally for a volume of this type we have included a paper on which Sandra herself is an author (Bulbeck and Bowlder). As Editors we made the decision to include this piece on the grounds that Sandra was rarely conventional, and that the paper was conceived and partly written before this volume was planned so it would have been unreasonable not to acknowledge her authorship. Sandra’s friends and colleagues know that she is unlikely to retire from archaeology, but rather from the more onerous administrative requirements of university life these days, and expect that she will continue to make a contribution to the discipline for many years to come.

Jane Balme and Sue O'Connor
Introduction to Special Volume: More Unconsidered Trifles
December 2008
67
1-2
Editorial
You must be a member to download the attachment ( Login / Sign up )