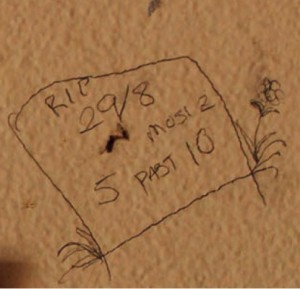 An examination of over 4500 items of graffiti at the old Adelaide Gaol, South Australia, revealed individual details of prisoners who served time during the gaol’s 141 years of operation (1847–1988). Analysis of the locations and dates of graffiti made by male prisoners in the 1980s, from which the majority of the assemblage dates, makes it possible to track individuals’ movements in, out and around the Gaol, and to link this patterning to recidivism rates. Elements of prisoners’ personal lives recorded in the graffiti (such as faith, humour, personal affiliations, race, age and hometown) are also explored and are shown to reveal private details not recorded elsewhere, exposing what was important to an individual’s sense of self, as well as what was important for him to reveal to others, providing an alternative history of life in gaol.