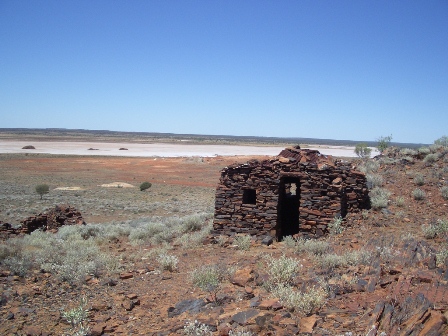 The gold rush/mining era of the nineteenth and early twentieth centuries was an event unprecedented in scale, with global repercussions. For this reason, the concept of a global, or international ‘mining culture’ was identified as potentially being a useful analytical tool when studying gold rush era sites due to the similar demographic, political and social conditions in goldmining communities, and their potential to be manifest in the archaeological record. This thesis evaluates that hypothesis by analysing, within its local, national and global perspective, data collected from three archaeological sites in the Upper Murchison region of Western Australia.

Findings suggest that, although a global perspective in archaeological analyses is important, when the local context and its impact on the archaeological record is taken into account, the interpretation of sites in terms of overarching global patterns becomes less tenable. It is undeniable that gold rush/mining era sites have comparable facets and general patterns. However, when these sites are approached from an agency-centred perspective that privileges the local rather than the global context, the complexities inherent in social relations, demography, and political and ideological conditions are more likely to be revealed.

Using this approach it is proposed that these Western Australian goldfield populations were adapting to accommodate their new environs and fundamental shifts in politics, ideology and social relations during this period, and that this phase of transformation is visible in the archaeological record. The largely homogenous material culture, little evidence for adherence to gentility and a burgeoning nationalistic sentiment suggests the sites’ occupants were pursuing a strategy of co-operation over competition in an environment where many relied on their neighbours for survival. As the conditions and events that resulted in the pursuit of this strategy are locally situated and context specific, attempts to explain them solely in terms of an overarching global ‘mining culture’ would be unsuccessful.

Kelly Fleming
Global patterns and local contexts: An archaeological investigation of late nineteenth to early twentieth century gold mining settlements in the Upper Murchison, Western Australia
June 2012
74
111-112
Thesis Abstracts
You must be a member to download the attachment ( Login / Sign up )