Enmeshed inscriptions: Reading the graffiti of Australia’s convict past 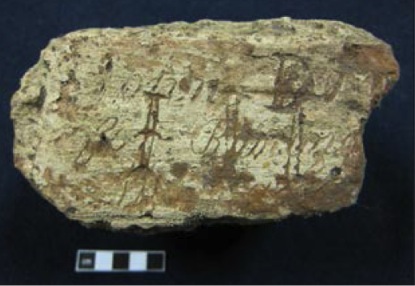 Prison graffiti has been traditionally defined as markings created by inmates on the architectural fabric of the institutional site. However, if we instead define the phenomena as an inscription created by a convict upon an element of their material world, a new range of meaningful ‘hidden transcripts’ may be explored through objects ranging from cotton fabric and copper coins to the more familiar limewash, paint, stone, wood and brick. This paper considers themes that commonly appear in graffiti left by those transported from the British Isles to the Australian penal colonies during the nineteenth century. It further argues that the act of inscription (itself both a mental and physical process) intimately links humans to objects, creating an enmeshed relationship that ultimately reshapes both.

Casella, E.C.
Enmeshed inscriptions: Reading the graffiti of Australia’s convict past
June 2014
78
x–x
Short Report
You must be a member to download the attachment ( Login / Sign up )