Documentation and integration of spatial information for historical sites archaeology in the Northern Territory: A Pine Creek pilot study 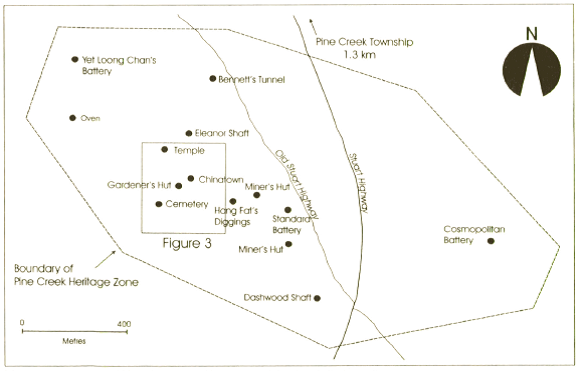 In the 1960s the Northern Territory became the setting for some of the first historical archaeology in Australia (Allen 1969; Macknight 1976) A focus in the last decade on contact archaeology (Clarke 1994; Mitchell 1994; Wilson 1997; Paterson 2000) has seen the region again drawing the interest of researchers. While the intervening decades witnessed something of a hiatus in historical archaeological (but not historical) research, they also experienced an upsurge in management archaeology, including the management of historical sites. This momentum began in the late 1980s, when the Temtory saw the first government-initiated focus on prehistoric and historical archaeological site management (Sullivan and Carment 1992:3). The strength of the Temtory’s economy in the 1980s and early 1990s spurred economic development, which in turn heralded a rapid growth in management and site documentation.

Fredericksen, C., A. Horner and C. Devonport
Documentation and integration of spatial information for historical sites archaeology in the Northern Territory: A Pine Creek pilot study
2001
53
7–11
Article
You must be a member to download the attachment ( Login / Sign up )