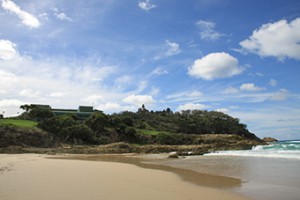 BA(Hons), School of Social Science, The University of Queensland, June 2014

Over the past few decades, the importance of diverse values and meanings associated with places of cultural significance has been increasingly recognised in heritage discourse. However, differences in Western and Indigenous understandings of heritage, informed by perceptions of authenticity, place and memory, can—and often do—result in contestation as to how cultural heritage values are defined, managed and interpreted (e.g. Chilton 2012; Chirikure and Pwiti 2008). For places that have been physically altered, the living heritage perspectives of Indigenous communities can contrast with perceptions of cultural value that consider the integrity, intactness and research potential of cultural material. This thesis considers the interpretation of cultural values associated with physically impacted or modified places of cultural significance. With a focus on a disturbed Aboriginal shell midden located at Point Lookout, North Stradbroke Island, I explore the various meanings and values associated with ‘altered’ cultural landscapes, and how we might communicate and engage with these meanings through interpretive media.

The shell midden at Point Lookout is positioned within a cultural landscape with values and meanings for the Dandrubin-Gorenpul Aboriginal people of Quandamooka (Moreton Bay). I use interviews with two Dandrubin- Gorenpul traditional owners as the basis for an investigation into the cultural values that endure for this place despite physical impact, and the role interpretation can play in communicating these values. A number of key themes resulting from the interviews highlight the complex and interrelated physical and spiritual relationships that inform Dandrubin-Gorenpul understandings of the shell midden as part of a living dynamic cultural landscape, and the associated challenges of this interconnected cultural landscape for interpretive media. To communicate this complexity, I outline an interpretation approach that utilises digital media to convey the interconnectedness, temporality, materiality and layering of place, and that reflects Dandrubin-Gorenpul epistemology, ontology and pedagogy. Application of this interpretive approach has the potential to facilitate interpretation that goes beyond the communication of the cultural values for associated communities, leading to a memorable visitor experience (cf. Amnay-Ngerntra 2011; Ballantyne et al. 2011; Ham 2013) that engages with the diverse ways of knowing, learning and relating to place that underpin these cultural values (cf. Atalay 2008; Xu et al. 2013).

Chilton, E.S. 2012 The archaeology of immateriality. Archaeologies: Journal of the World Archaeological Congress 8(3):225–235.

Nelson, A.
Communicating Cultural Complexity: The Interpretation of a Physically Impacted Aboriginal Shell Midden at Point Lookout, North Stradbroke Island, Queensland
June 2015
80
S132
Thesis Abstracts
Download
You must be a member to download the attachment ( Login / Sign up )