Beyond a suggestive morphology: A study of point use in Wardaman Country, Northern Territory, Australia 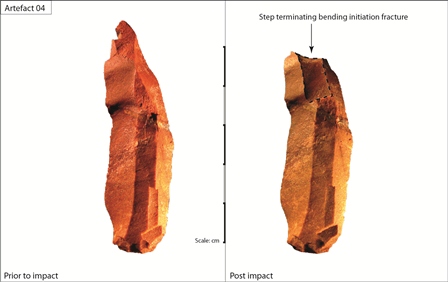 BA(Hons), School of Social Science, The University of Queensland, November 2011

Points in Australia have been interpreted using two models, either primarily as projectile tips (e.g. Mulvaney and Kamminga 1999) or as multifunctional implements used to mitigate the effects of environmental variation (Clarkson 2007; Hiscock 1994). In this thesis competing interpretations are assessed using macrofracture, use-wear and morphometric analysis of archaeological material from four sites, and ethnographic accounts from Wardaman Country in the Northern Territory. The results unequivocally show that Aboriginal people from this area used a small percentage of points as projectile tips while the majority were used for other purposes. These findings provide clear support for the model of points as multifunctional implements.

Jared Brindley
Beyond a suggestive morphology: A study of point use in Wardaman Country, Northern Territory, Australia
June 2012
74
111
Thesis Abstracts
You must be a member to download the attachment ( Login / Sign up )