Locations which preserve the footprints of those who lived thousands or more years ago are very rare. In fact, few such sites have been discovered around the globe. Perhaps the most famous example is that at Laetoli (Tanzania) which was found several decades ago by Mary Leakey and colleagues. This trackway has been dated to around 3.6 million years old and were produced by a pair of Australopithecus afarensis (an early human ancestor) walking along. The size, depth of impression and stride of the footprints suggests that one of the individuals one was male and the other female. The trackway became preserved due to a unique set of circumstances. Initially the pair walked through wet volcanic ash leaving their footprints. Shortly after, the volcano again erupted and covered the footprints with another layer of ash, preserving them until they were discovered in 1978.

While the oldest known human (or hominin!) footprint sites are found in Africa, the majority of are known from caves in Romania, Greece, France and elsewhere in Europe, and date between ca 62,000 and 10,000 years ago (the late Pleistocene period). Some open air footprint sites (i.e. those not found in caves) have also been discovered in Turkey, Tibet, Korea, Chile, Argentina, Mexico and Australia.

The most important aspect of archaeological sites which preserve footprints is their ability to provide archaeologists with information that isn’t always clear from other recovered remains. For example, footprints of children (sometimes very young children) found in a number of European Upper Palaeolithic cave sites including Chauvet, Niaux, Fontanet, and Le Tuc d’Audoubert (all located in France) reveal that it was not only adults who entered the dark depths of caves to either produce or visit the famous Palaeolithic paintings and other artworks discovered in these spaces. 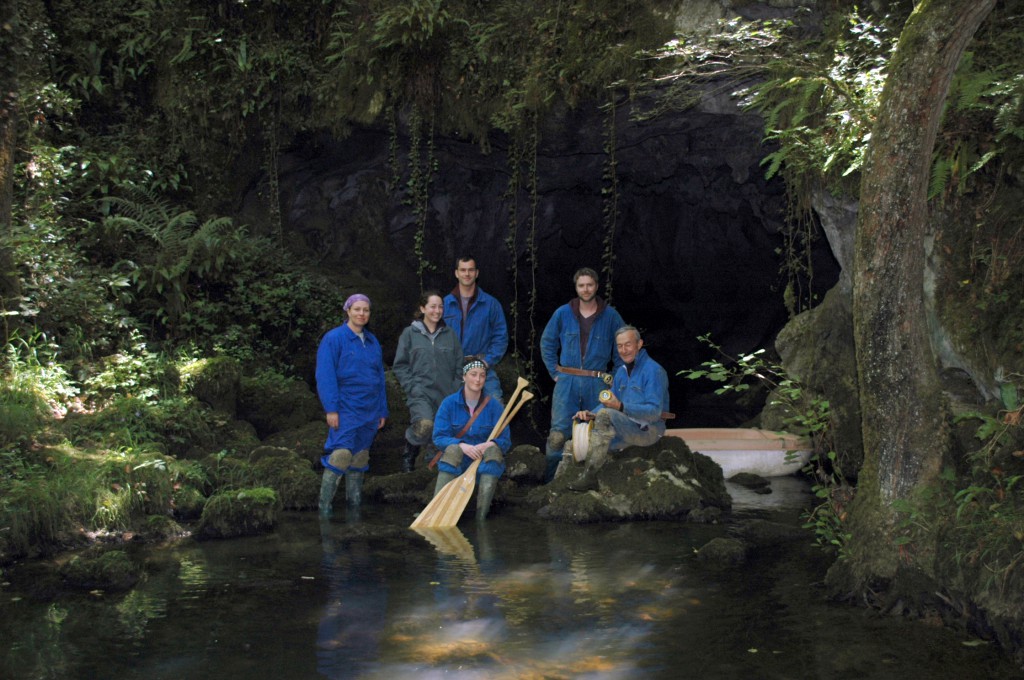 The blog author outside the French footprints site of Le Tuc d’Audoubert. Footprints of both adults and children have been identified deep within this cave system.

In their AA76 short report, Michael Westaway and colleagues present the latest research at Australia’s very own late Pleistocene fossil footprint site, the Willandra fossil trackway. Located in the Willandra Lakes region in southwestern New South Wales, this site preserves some 533 human footprints along with some prints made by kangaroos and a young emu. This site has now been well dated to between c.19,000 and c.20,000 years old – that is, during the peak of a period of severe climate and environment change known as the Last Glacial Maximum (c.23,000 to c.18,000 years bp). As the largest collection of Pleistocene human footprints anywhere in the world, this site has enormous importance for providing rare insights into both the anatomy and behaviour of the humans and animals who created it.

As with the sites located in Africa and Europe, this unique Australian site also provides information to the archaeologist which might otherwise be unknowable. For example, the simple fact that the footprints of a juvenile emu were included amongst those made by humans and kangaroos indicates that the site was likely made in winter or early spring (i.e. between June and October), as emus mainly lay their eggs in the autumn between March and May.

The Willandra footprints have now been examined by both scientists and traditional Pintubi people from central Australia who are accomplished trackers. Amongst the 533 footprints thus far identified at Willandra, they’ve been able to identify 26 individual trackways (i.e. lines of footprints creating when a particularly person walked (or ran) across the area).  As with the French Palaeolithic sites, it in’t only adults whose footprints are preserved, but also those of adolescents and children. It’s also clear that there are tracks made by both males and females, and one set of footprints possibly belonged to a one-legged man! In addition, circular marks and elongated striations were suggested to represent the resting of spears on their blunt ends and the ricocheting of a spear as it moved across the site. Other marks on the preserved ground surface may have been made by digging sticks used to dig up roots and tubers of water plants for consumption. 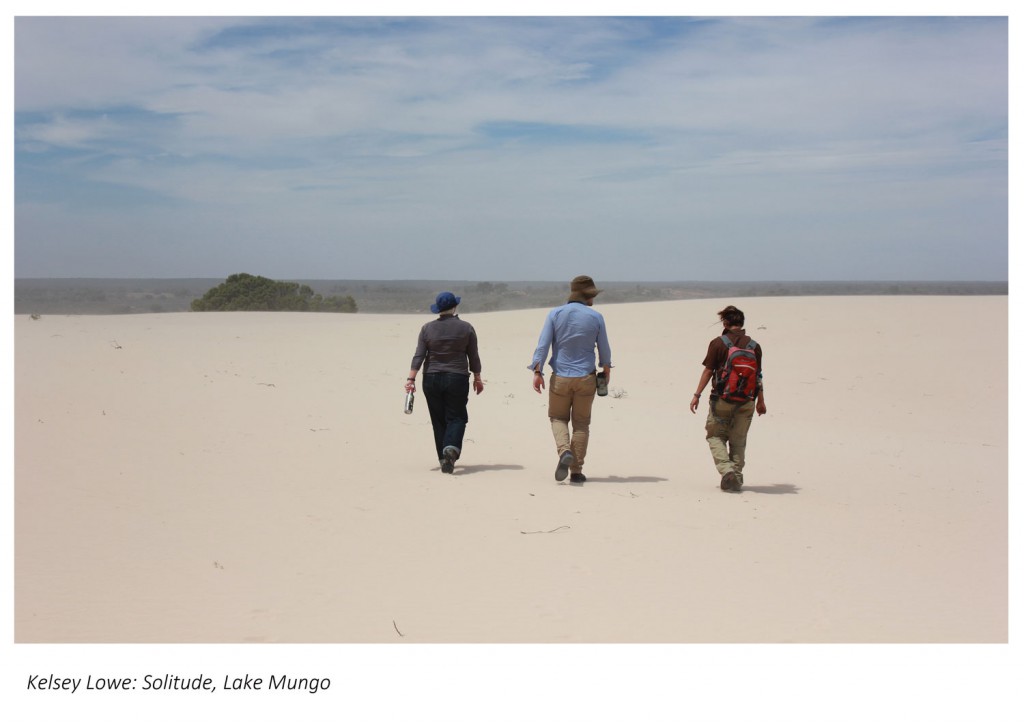 Further research planned for this unique Australian site hopes to provide a clearer understanding of the natural processes which transformed this site over the millennia and brought it to the state in which it was discovered. This information will be important in helping researchers build informed interpretations of the behaviours of the people who walked across this landscape thousands of years ago, and also provide information that will be crucial to ensuring the long-term conservation of the site so it is preserved for future generations to wonder at.