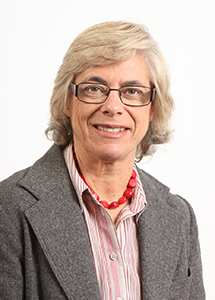 2010 Life Membership for Outstanding Contribution to the Australian Archaeological Association

In 2010 Life Membership of AAA was awarded to Dr Annie Ross of the University of Queensland. For more than 25 years, Annie has worked tirelessly to advance the objects and purposes of the Australian Archaeological Association. She was Secretary in 1994, President in 1995 and 1996; she helped organise both the 1995 Gatton and 2001 Hervey Bay conferences, co-editing and publishing the proceedings of both. Annie has also been Queensland Representative on various committees on numerous occasions, particularly those involving legislative reform relating to Queensland Aboriginal and Torres Strait Islander cultural heritage acts.

Since 2006 Annie has worked with Sean Ulm in transforming the Association’s journal, Australian Archaeology, into a high-quality and highly-regarded publication. With Annie’s involvement the journal has achieved a tier-A ranking in both the Australian Research Council and the European Reference Index for the Humanities.

Annie’s selfless work has contributed enormously to the development of the Association at all levels over many years.