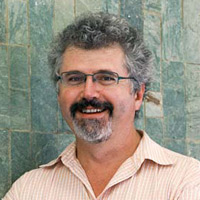 The Bruce Veitch Award for Excellence in Indigenous Engagement 2012

Ian’s approach to archaeology is grounded in an understanding of the colonial legacy in Australia, and of the role of archaeology as a tool in both perpetuating and redressing some of the historical imbalances of the past. His monograph Appropriated Pasts: Indigenous Peoples and the Colonial Culture of Archaeology, co-authored with Lynette Russell (2005), has been particularly influential in contributing to global discussions on representations of Indigenous peoples, the authority of science, and the rights of Indigenous communities to control and manage how their history is written.

Ian has been particularly vocal in developing and practicing ‘partnership archaeology’. His research is undertaken in close collaboration with the communities in which he works, and is based around long-standing professional and personal relationships that extend over decades. Along with previous awardee Dr Bruno David, Ian jointly established the ARC-funded ‘Western Torres Strait Cultural Heritage Project’. This project was set-up explicitly under a partnership project framework with many communities in western Torres Strait. Terrence Whap, Chair of the Goemulgaw Prescribed Bodies Corporate, wrote of Ian’s commitment:

I highly commend Ian McNiven for his commitment and dedication to working with Torres Strait Communities especially the Community of Mabuyag and his continuous dialogue with Goemulgal. The publications produced from his work have been helpful in understanding the history and culture of Goemulgau in our modern society.

This is further supported by a statement by Adhi Dimple Bani, of Mabuyag Island, who wrote:

On behalf of all the people of Mabuyag, we fully support the nomination of Ian McNiven. We acknowledge the immense work that he’s carried out not only through his studies but by providing some of the ancient answers and vital information to the community of Mabuyag.