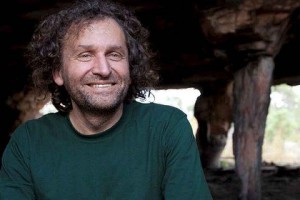 The Bruce Veitch Award for Excellence in Indigenous Engagement 2007

Bruno David has been awarded the Bruce Veitch Award for 2007 in recognition of his commitment to working professionally and innovatively with Indigenous people in an atmosphere of friendship, learning and respect.

Bruno has spent an extraordinary amount of his working life collaborating with local Indigenous communities in Australia, Torres Strait, Papua New Guinea and the Pacific. These projects have been intimately based on the interests of local communities, with Bruno frequently responding to requests for personal visits and further research emerging from previous collaborations. Bruno involves local Indigenous communities in all stages from preliminary visits prior to fieldwork, proper employment of field crews nominated by community leaders, and, importantly, in the analysis, interpretation, writing and presentation of results. Desi Grainer (Kuku Djungan Aboriginal Corporation) writes about the Ngarrabullgan research in Cape York Peninsula, that ‘through the years in which Bruno has worked with our people he has shown respect and leadership in how he went about his business amongst the Djungan people and at the same time helping to support and empower Djungan people to understand, acquire and record knowledge … to protect and conserve country for future generations.’

Bruno’s recent work on a major gas pipeline in Gulf Province, Papua New Guinea, involved many communities and detailed consideration of highly significant and spiritual places, requiring mitigation and archaeological investigation. Douglas Simala (Community Affairs-PNG Gas Esso Highlands Ltd) speaks highly of Bruno’s work among the Rumu people of Kikori: ‘Dr Bruno won the hearts of the clan elders and was given the exclusive right and freedom of movement to enter Rumu tribal land … and is a household name for his input to the cause of preserving the cultural identity of the Rumu people.’

Bruno has always sought funding for community representatives to participate in laboratory analyses of their excavated materials. His logic is that he goes to community lands in good faith; and it is equally appropriate that he invites people back to where he works and lives, so that people can experience and understand that side of the research process. He insists that funding be made available for this if excavations are done during a consultancy.

Bruno’s work consistently endeavours to relate the archaeology of places and objects, of whatever antiquity, to a living social landscape that is demonstrably meaningful to the people with whom he works. His ability to work with a variety of archaeological datasets from stone artefacts, rock art, and burials to ecology, social relations and spiritual worlds challenges conventional interpretations of the past and brings to the forefront Indigenous knowledge and recent local histories. In much of his published work, local Indigenous people feature prominently, often as co-authors, in acknowledgement of the collaborative nature of his research.